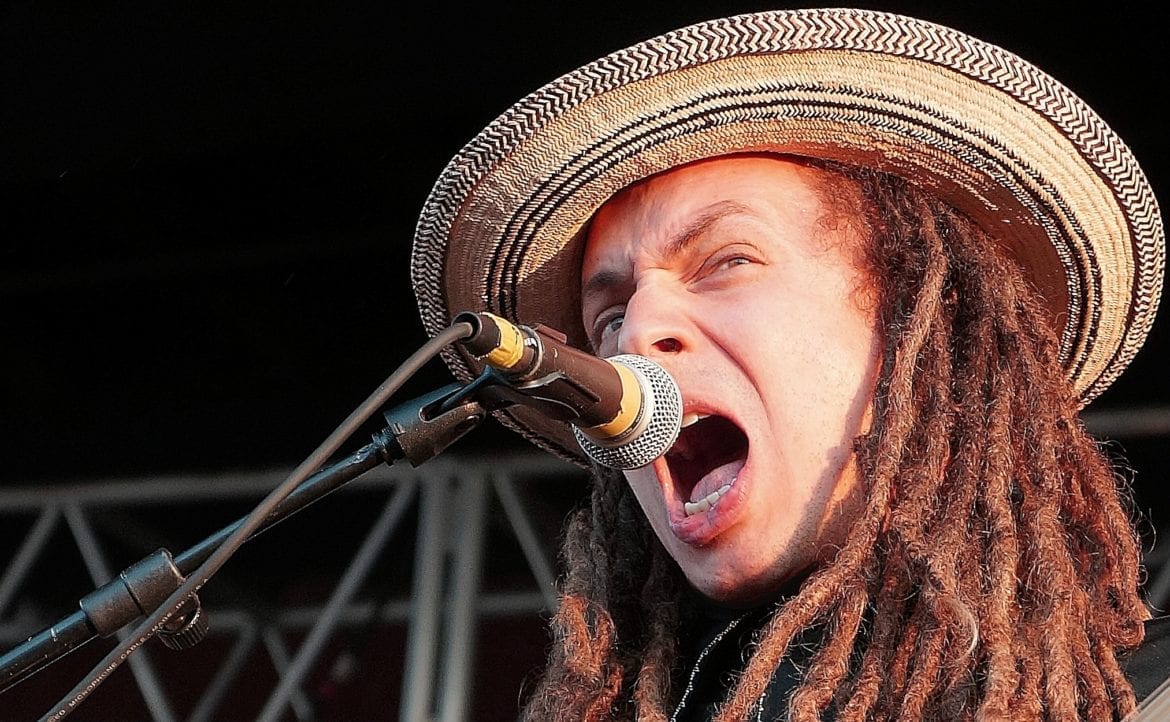 Fall officially starts this weekend, but it sure won’t feel that way. Yes, the autumnal equinox is tomorrow, but temperatures are expected to hit a decidedly un-autumnal 90 degrees. In other words, it’s faux-fall, and Flatland has a few ways to get out and enjoy it.

An entertaining, if frustrating, Royals season is winding down. The club will spend its weekend in Detroit before returning for its final homestand. Sporting KC is on the road, too, playing in San Jose on Saturday.

The Chiefs season, meanwhile, is heating up. After a dispiriting offensive performance against Houston, the club stands 1-1 and comes home to face the Jets on Sunday afternoon. For a different sporting experience, though, why not check out the rodeo? This weekend’s American Royal Pro Rodeo, one of the last events of the long PRCA season, will feature all the traditional roping and riding, with some $40,000 in prize money at stake. Yeehaw.

One of the city’s signature fall events is this weekend, heat or not. The always massive Plaza Art Fair happens Friday through Sunday, and the 85th edition looks bigger than ever. Sure, parking is a problem and the crowds can be overwhelming – with some 250,000 expected to attend. But the 240 featured visual artists, 25 restaurant booths and three stages packed with live music will make it all worthwhile. That is, as long as you Uber in and out. And, if you are feeling contrarian, don’t forget the UNplaza Art Fair. Just up the hill, in front of All Souls Unitarian Universalist Church, the “other” fair pointedly promotes itself as featuring only local artists.

Want to enjoy the faux-fall heat in the great outdoors? Get to the Crossroads for the alt-country/Southern rock sounds of Drive-By Truckers and Son Volt. They play the chips on Friday night. Local Natives, indie rock from the super-hipster Silver Lake section of LA, will play Saturday. Toronto songstress Charlotte Day Wilson opens the show.

Fans who want to stay inside – and don’t mind paying a bit extra for tickets – can see a pair of great shows at Arvest Bank Theatre, aka The Midland. Chance the Rapper is performing tonight. He, not surprisingly, raps. Two comic legends, Steve Martin and Martin Short, take the Midland stage Friday. Both Chance and the Martin are sold out, though, so you’ll need to hit up a secondary site like StubHub for pricey ducats.

You can see folk royalty this weekend, assuming you don’t mind driving west. Spend An Evening With Judy Collins on Saturday at the Lied Center on the KU campus. The Grammy Award-winner has released a staggering 50 albums, with hits including the mega-classic “Send in the Clowns.”

On the subject of music with an activist bent, catch the Concert Against Campus Carry, featuring KC faves Victor & Penny and Barclay Martin Ensemble. That show is also in Lawrence on Sunday night at Liberty Hall.

Two weeks ago, you could have seen the songs of Led Zeppelin at the Kauffman Center. This week, another classic rock legend gets the symphonic treatment when “David Bowie: A Musical Odyssey” comes to Helzberg Hall on Saturday night. A full rock band and guest conductor Richard Carsey join the Kansas City Symphony to perform Bowie’s hits, with guest vocalist Brody Dolyniuk given the unenviable task of trying to imitate the Great White Duke.

There’s a more traditional classical sound coming to The Folly Theater. The Escher String Quartet performs on Friday. Jason Vieaux joins the group on guitar. He’s kind of a big deal. NPR called him “perhaps the most precise and soulful classical guitarist of his generation.” Technically, though, his appearance makes it a quintet.

While you’re at The Folly, stay for Sphinx Virtuosi chamber orchestra, brought to town by the always trustworthy Harriman Jewell Series. The New York Times called Sphinx Virtuosi “first-rate in every way.” Plus, the show is free. Find print-at-home tickets with parking passes by clicking here.

While we’re keeping it highbrow, the Lyric Opera is kicking off its new season with a very old tale. “Hansel and Gretel,” based on the classic Brothers Grimm story, features the beloved music by Engelbert Humperdinck and libretto by Adelheid Wette, plus a splashy production including costumes by Tony Award nominee David Zinn. Performances are Sept. 21, 23 and 25. That show is at the Kauffman Center.

In one way, this weekend will feel like fall. Though it’s not yet October, the city’s haunted houses are open for scary business. If you want to get your fear on, get down to the West Bottoms to check out The Beast, Edge of Hell, Macabre Cinema and all the rest of the city’s scariest spots. The Renaissance Festival, while not scary, also has that autumnal feel. It’s college weekend out in Bonner, too, so a valid student ID will get you a $10 admission plus a voucher for a free beverage. Mead, one presumes.

Warm weather or not, it’s fall for those who trod the boards, with the new theater season in full swing. Civil Rights is the subject of “Nine Who Dared: Courage in Little Rock,” which opens this week at The Coterie Theatre. In what’s billed as an “interactive drama,” audience members will take part in a mock “town hall meeting” after each performance. They will be asked to imagine themselves as citizens of Little Rock, Arkansas in 1957. See that show until October 20.

Act faster if you want to see “Evita” from the Rep, which runs through October 2. The same goes for “A Chorus Line,” playing at Theatre Lawrence, in Lawrence, Kansas, and “Hand to God,” the Unicorn’s show about a creepy evangelical puppet. Act even faster for “A Streetcar Named Desire.” That show at Union Station closes Sunday.

If you like local dance, you can’t do much better than Wylliams/Henry Contemporary Dance Company. The company is marking its 25th year with a celebratory fall concert Friday and Saturday nights. The program includes, “To Have and to Hold” by Shapiro and Smith, “Ferment” by company co-founder Mary Pat Henry, and a world premiere by Cuban-born choreographer Edgar Anido. See it at White Recital Hall on the campus of UMKC.

A very different kind of dance is on tap for Saturday. Those who like it hot – and not just the weather – will want to see “Bound” from Burlesque Downtown Underground. This adult-themed show, sexy but artful, will explore the world of sexual fetishes. Tastefully, one hopes. See it September 24 at Musical Theater Heritage inside Crown Center.

A similarly sexy show is coming to Stanford’s Comedy Club. That would be “The Fifty Shades Of Men: The Magic Mike Male Revue Show” – a Vegas-style, all-male burlesque with a beefy cast culled from the Chippendales.

Stanford’s also has, you know, comedy. Young Erik Rivera performs there Thursday through Saturday. Your best bet for laughs, though, might be up north at KC Improv, where Harland Williams performs all weekend. You might know him from scene-stealing roles in “Dumb and Dumber,” “Half Baked,” and “There’s Something About Mary.” He was on Letterman and Leno, too – back when they had talk shows – and is famous for extraordinary crowd work. That should be enough to make you forget the heat of faux-fall until the real thing comes.

— Hampton Stevens covers arts and entertainment for regional and national publications. He lives in Kansas City, Missouri with his pit bull, Ginger. Follow him @HamptonStevens.