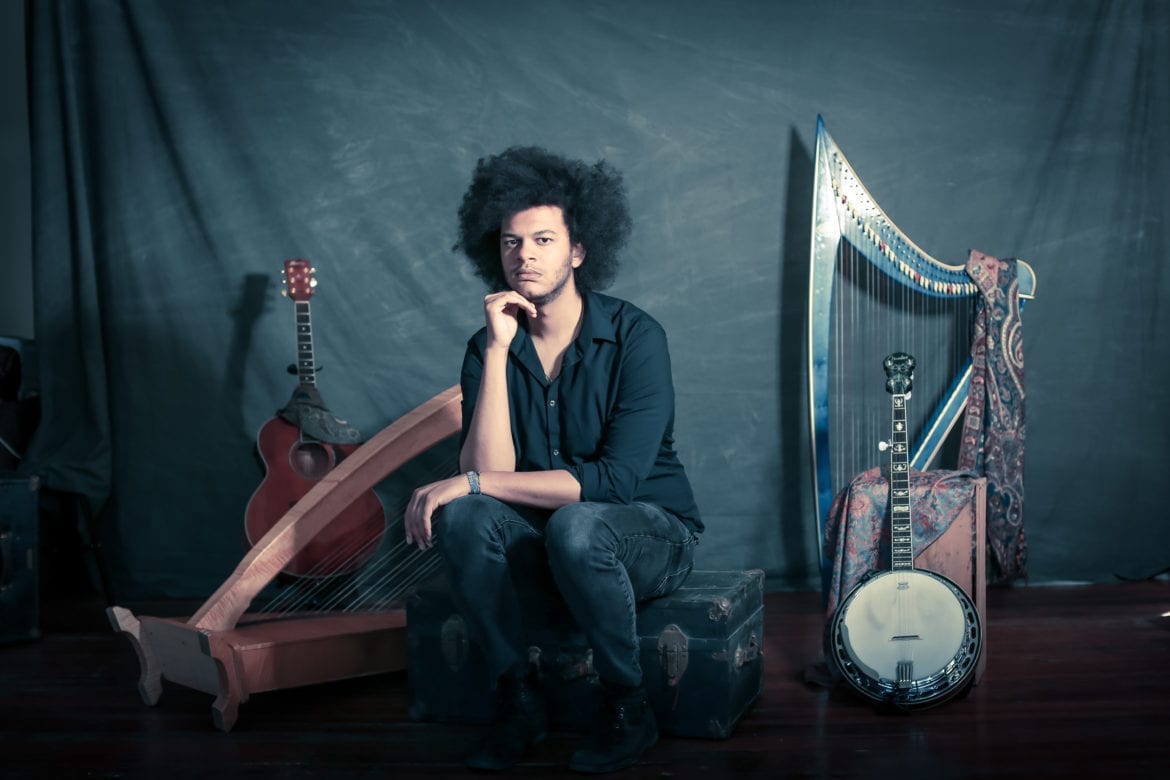 Calvin Arsenia performs at 7 p.m. on Friday at Helzberg Hall in The Kauffman Center for the Performing Arts. (Photo: Contributed | Jenny Wheat)
Share this story

Labor Day, of course, honors the labor movement and contributions workers have made to the strength, prosperity and well-being of the nation. It’s also considered the unofficial end of summer, and it is the point in the year after which one is forbidden to wear white. Whatever color you wear, though, we’ve got a ton of fun stuff for you to do around town.

You shouldn’t wear white to the Royals game, anyway. You should wear blue, duh, to see our boys take on the Tigers. The club is at it again, improbably back in the race and bearing down on the Central Division title. Friday night there are fireworks, of course, and Saturday there’s a Salvador Perez bobblehead giveaway.

If red is your color, get to Arrowhead on Thursday night, when the Chiefs meet the Packers. It’s the final preseason game of 2016, so expect the starters to play for at least the first half. For more sports, or at least sports-like entertainment, you can catch WWE Raw at The Sprint Center on Monday night or check out the glistening bodybuilders of the Nspire Sports League competition at the Midland. That meet is Saturday afternoon.

It’s a First Friday weekend, and that means there’s plenty of fine art ready for your perusal — or even purchase. You might want to check out Paolo Porelli’s show, “Humankind: The Sublime and the Ridiculous,” at Belger Arts Center or Rashelle Staley-Stutts‘ “Outspoken Soliloquy of Dreams” at Leedy-Voulkos Art Center. “Let’s Get Ready to Rumpus,” with new works by KC’s favorite illustrator and graffiti artist, Donald “Scribe” Ross, will be a cool one, too.

While you are down in the Crossroads, make sure you stop by the Kauffman Center for the Performing Arts. The city’s most iconic building is celebrating its fifth anniversary with a free, blowout party. There will be food trucks, lawn games, fireworks at 9 p.m. and lots of free music, inside and out. Don’t miss Jessica Paige inside the Muriel Kauffman Theatre and Calvin Arsenia in Helzberg Hall. He’ll be performing with a full band, including Ryan Lee, Jeff Harshbarger and Clint Ashlock. A virtual dream team.

While Calvin is in the symphony’s home, the symphony will be playing in the park. Pops in the Park, specifically. The free Kansas City Symphony event at Shawnee Mission Park is the debut of Jason Seber, the new assistant conductor. You’ll hear him lead a program filled with classics and favorites from film soundtracks, like Copland’s “Hoe Down” from “Rodeo,” and “Pure Imagination” from “Willy Wonka,” a timely nod to the great Gene Wilder, along with music from “Raiders of the Lost Ark” and “E.T. The Extra-Terrestrial.” Bring family and friends, blankets and lawn chairs and maybe a picnic. Pre-concert entertainment by the Youth Symphony of Kansas City begins at 6 p.m.

There’s more free music on tap downtown, assuming you can wait until Tuesday. Catch Delta Rae’s bouncy folk rock at the Crossroads and get there early enough to see KC’s own Katy Guillen & The Girls open the show.

Are festivals your thing? We’ve got a few good ones. First, the Renaissance Festival is opening September 3 and running through October 16, so get out to Bonner Springs for some silly, albeit often anachronistic, fun.

Then you can get your Irish up at Crown Center. We all know that St. Patrick’s Day is more of a mess than a celebration. For a much more family-friendly celebration of Celtic culture, check out the annual Kansas City Irish Festival this weekend. You’ll get nine stages full of music, dance, comedy (more on that later) along with lots of food and drink, including tastings of fine Irish whiskey — yum.

The 44th Annual Santa-Cali-Gon Days Festival in Independence, Missouri, is another big fest coming your way. According to its website, more than 300,000 people will spend at least some of their Labor Day weekend at the event. Those who do will find more than 500 arts, crafts and food vendors, a carnival and lots of live music – including an entire day of tribute acts.

On the subject of tribute bands, the Crossroads has a weird one. Chris Collins and Boulder Canyon will perform the work of John Denver on Friday night. Because somebody has to do it. Maybe.

For music that’s much harder, and far more in keeping with the original spirit of Labor Day, check out Prophets of Rage at the Providence Amphitheater. This revolutionary rock mash-up, featuring members of Rage Against the Machine, Cypress Hill and Public Enemy will is bringing the proverbial power to the people. Provided, of course, those people can afford to go to concerts.

The always entertaining Quixotic has a show this weekend, Quixotic Under the Plane – the plane being the one above The Roasterie coffee plant – happens Saturday night. The group has three performances throughout the evening – 7:45 p.m., 8:30 p.m. and 9:15 p.m. There’s also going to be a DJ, a balloon artist and a portion of the proceeds goes to Mattie Rhodes Center, which is nice.

You could spend your Labor Day at the theater. “A Soft Escape” is still at KC MeltingPot Theatre. Written by S.M. Shephard-Massat, the company’s playwright-in-residence, the show is a stripped-down look at the lives of a older black couple. Out south at the Olathe Civic Theatre Association, you can see the Off-Broadway musical comedy, “Altar Boyz,” a satirical look at a Christian boy band. Songs include lyrics like, “Girl You Make Me Wanna Wait” and “Jesus Called Me on My Cell Phone.” Local celeb Joel Nichols of KSHB plays the voice of G.O.D.

Comedy lovers can catch Steve Wilson at the KC Improv. He’s a sidekick on DL Hughley’s syndicated radio show, and has appeared on BET’s “Comicview,” “Showtime at the Apollo” and “Comics Unleashed.” Tim Gaither is your guy at Stanford’s. He’s there – laboring – the whole week.

Maybe your best bet for funny, though, is Foil Arms & Hog. One of the best-known sketch comedy troupes in Ireland, they’re flying all the way to Kansas City to appear at the aforementioned KC Irish Fest. See them at the Musical Theater Heritage space in Crown Center. There are four performances scheduled — two for kids, two for grown-ups. They all happen before Monday, though, which means you are perfectly welcome to wear white. Green, though, might be a better idea.