Tivoli’s Jerry Harrington Reflects on a Life in Film 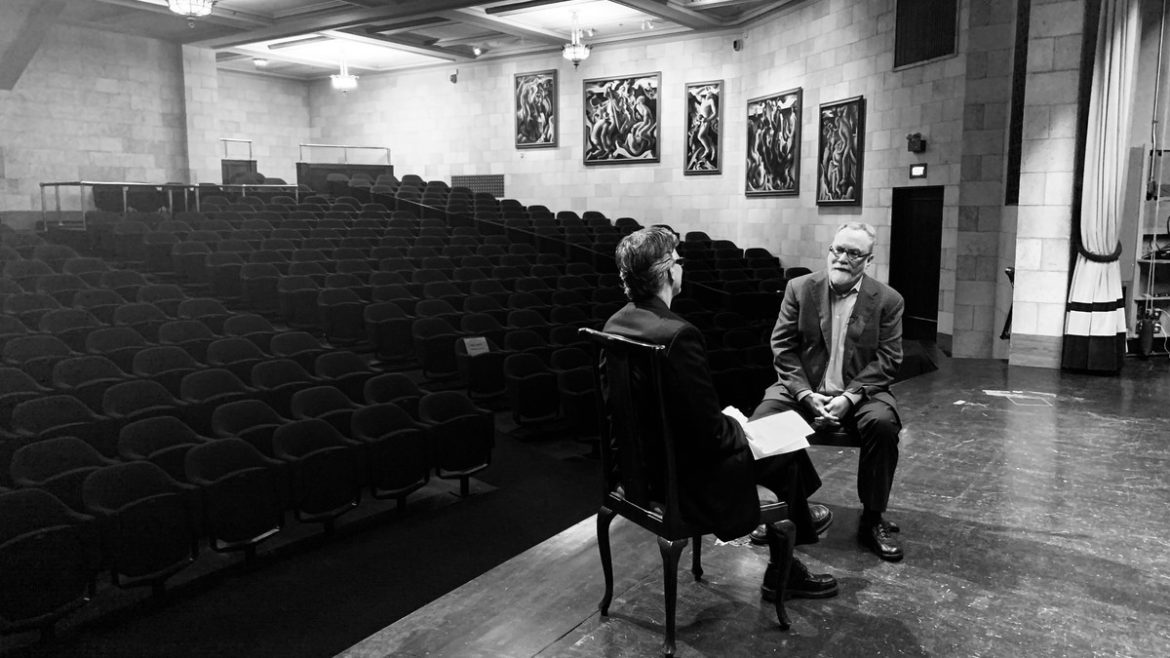 Jerry Harrington discusses plans for the new Tivoli at the Nelson-Atkins Museum of Art. (Brad Austin | Flatland)
Share this story

One suspects Orson Welles would be pleased.

After a special event tonight to thank museum donors — featuring a screening of Buster Keaton’s 1926 silent film “The General” — regular screenings on Sunday, Monday, Wednesday and Friday will begin.

“I feel very supported here,” said Tivoli impresario Jerry Harrington during a recent interview conducted on the stage of the Atkins Auditorium. “They’re spending a lot of money to make this a place where movies will look really good.”

A powerful case can be made that no other person has done as much as Harrington to expand the boundaries of local film-goers over the past four decades.

“I love being the guy who premiered all these great movies,” Harrington said.

And now, thanks to the Nelson-Atkins, he can keep doing it.

Harrington discussed his history in Kansas City cinema, and his hopes for the new Tivoli at the Nelson-Atkins in this installment of Flatland Conversations.