Tivoli Cinemas Coming Back at the Nelson-Atkins Museum of Art 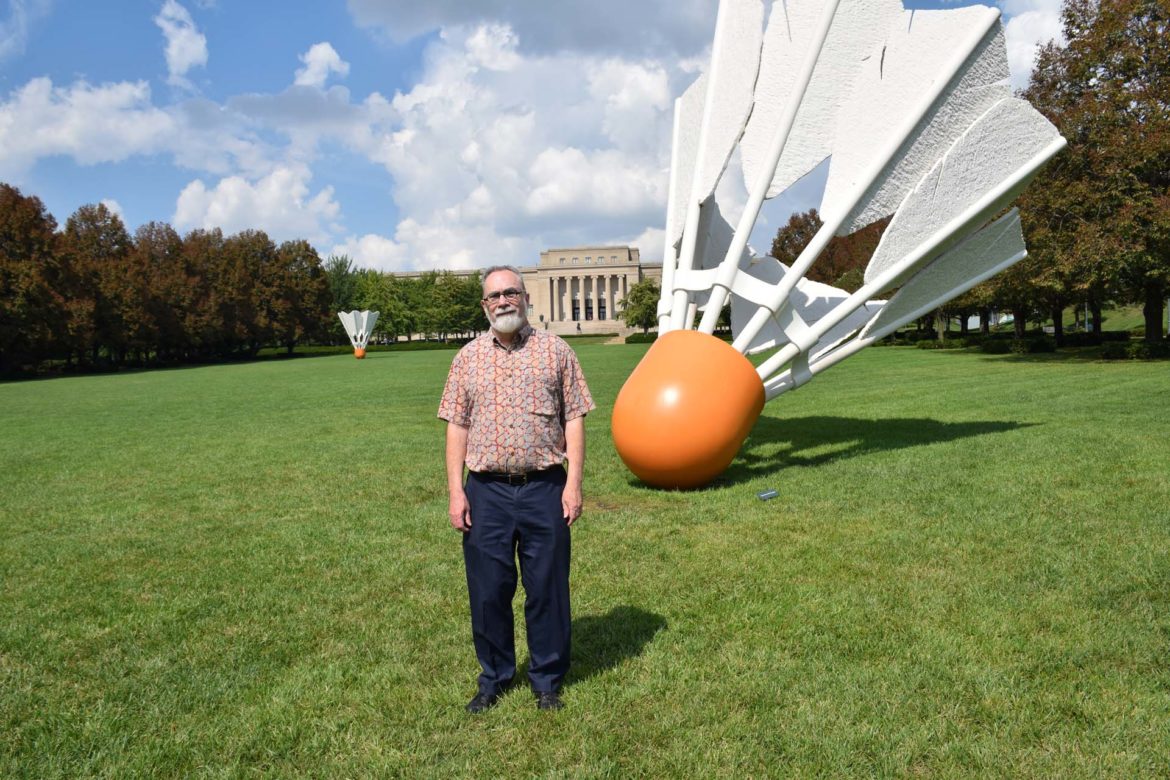 Harrington has agreed to serve as film curator for the program’s first 18 months. (Sandy Woodson | Flatland)
Share this story

Almost from the moment that Tivoli Cinemas owner Jerry Harrington announced in April that he was closing his fine arts theater, the Nelson-Atkins Museum of Art began plotting to bring it back.

On Oct. 21 — six months after the Tivoli dimmed the lights for the last time at its Westport location — the longtime keeper of independent film’s torch in midtown Kansas City returns as the Nelson’s latest curated space.

“The museum is the house of the muses and film is the youngest muse of them all,” said Julián Zugazagoitia, Menefee D. and Mary Louise Blackwell CEO & Director of the Nelson-Atkins. “It is good that we have the opportunity to bring film as an art form into the Atkins.”

Moving at what amounts to light speed in the museum world, the Nelson-Atkins board quickly voted to move ahead on purchasing new digital projection and audio equipment, establishing a new program for film and putting Harrington in charge of it.

“We all just said, ‘We really don’t want to see this end’,” said philanthropist Shirley Bush Helzberg, whose family was one of several that helped fund the film program. “There’s been a lot of crossover as far as the Nelson’s audience and people who go to the Tivoli. To be able to continue with the leadership of Mr. Harrington, his connections and his great knowledge, I think is going to be wonderful.”

The Tivoli experience will be different at the Nelson. Instead of the three screens that Harrington kept going at his Pennsylvania Avenue location, there will be a single screen installed in the museum’s 500-seat Atkins Auditorium, where moviegoers can admire the surrounding panels from Thomas Hart Benton’s early masterwork “American Historical Epic.”

Tickets will be $10 to the public and $7 to museum members, who already enjoy free parking in the Nelson’s underground garage. Films will only screen four times a week initially, with matinees on Sunday, Monday and Wednesday and a 7 p.m. Friday screening.

There will be no snacks allowed in the auditorium, though the museum’s Rozelle Court restaurant will include designated space where patrons can socialize after the film. Starting in October the Rozelle will offer a tapas menu and live music on Friday nights.

The move one mile east to the Nelson is the latest revival of the Tivoli brand after 35 years of living and, ultimately, dying as a business reliant on ticket sales. It will now exist as a program inside a world-famous art museum that measures success by “community engagement,” a more forgiving metric held in high esteem by the nonprofit sector.

“My favorite thing to do is curate film,” said Harrington. “That’s what running the Tivoli at the Nelson will be like. You’ll see more smallish new movies. We’re not going to show ‘Downton Abbey’ the movie. That’s not what we’re about.”

The local fine arts theater, like the local newspaper, used to have a sustainable business model. Harrington adapted to changing times and was able to survive the heydays of both VHS tapes and DVDs.  But streaming video — and all the other demands on their audiences’ attention — proved too much for many arthouse cinemas.

For a while it seemed the Tivoli was going to hang on. Faced with a deadline from his film distributor to go digital by the end of 2013, Harrington launched a Kickstarter titled “Go Digital or Go Dark.” The crowdsourcing campaign raised over $136,000 and kept the cinemas going for five more years.

But declining economics and a brutal spring season for independent film had left the 67-year-old Harrington with no choice but to close up shop.

“It wasn’t really that I wanted to retire,” he said. “But the business had changed so much it forced me to. It was getting harder to make money on it, to make it solvent.”

He could have converted his business into a nonprofit enterprise. Columbia’s Ragtag Theater, the beating heart of that city’s popular True/False Film Fest, operates as a nonprofit.

“That’s what’s happening to a lot of arts theaters across the country — they’re becoming nonprofits so they can raise money to sustain themselves,” Harrington said.

But that scenario would have involved a lot of heavy lifting and, very likely, a change of venue. Harrington, a local fixture on the arthouse scene since the 1970s, when he booked films for the old Bijou Theatre in Westport, had resigned himself to calling it a career.

Instead, “immediately” after announcing his plan to close the Tivoli, Harrington got an enthusiastic call from Zugazagoitia, and the two men had their first of many conversations about the future of the Tivoli.

“In a way it has always been an aspiration,” Zugazagoitia said. “The desire was there for a long time but the opportunity emerged as we learned he was closing Tivoli.”

The Nelson-Atkins joins the list of fine arts museums with in-house movie theaters, including Fort Worth’s Modern and Boston’s Museum of Fine Arts. The Tivoli acquisition allows the Nelson to check two boxes at once – rescue a beloved local institution and make new inroads into the community with a popular art form.

“Tivoli has educated a lot of people who see international movies and other movies you normally don’t see here,” said Zugazagoitia. “So maybe over the next few years we train the next Jerry. We train the next movie director. That’s what I feel this could lead to. We have students all around us, at UMKC, at KCAI — which has a whole digital media department — at Rockhurst, universities that are teaching the history of cinema. Now those professors and students will find it easy to migrate to the Nelson, and if they become members, tickets will be cheaper, parking will be easier.”

Harrington has agreed to serve as film curator for the program’s first 18 months, though everyone involved hopes it goes much longer than that.

“The board’s mission was to make the Nelson more accessible to more people,” Harrington said. “That’s something we’ll grow into. Right now I’m just booking stuff so we’ll have things to show.”

Museum staff have been scrambling to refit the latest digital cinema gear into a decades-old space where mostly lectures and live performances take place. The auditorium’s tiny film booth and antiquated PA system are being upgraded. The state-of-the-art projector emits far less heat than the digital equipment that was purchased through the Tivoli’s Kickstarter.

“I can tell you we have never done anything so quickly and we are still going full steam ahead to make the improvements to accommodate a digital projector at the quality we need,” said Zugazagoitia. He wouldn’t disclose the price tag on the upgrades but called it “a significant investment.”

To date, the Tivoli at the Nelson-Atkins project has been supported by: The Sunderland Foundation, Shirley and Barnett C. Helzberg, Neil D. Karbank, Estelle and Morton Sosland, G. Kenneth and Ann Baum, Robert & Phyliss Bernstein Family Foundation, Sara and Bill Morgan, and Mark and Lynne O’Connell.

Zugazagoitia and Harrington both have wish lists for future improvements to the new Tivoli space, and at the top of both of their lists is replacing the lumpy old-school theater seats with something more comfortable.

“At least you will not fall asleep in those chairs,” joked Zugazagoitia. “You’ll be awake the whole film! But it is something to plan on in the future.”

The first regular screenings will begin Wednesday, Oct. 23. Limited tickets will be available for the opening gala event two nights earlier, Oct. 21, to thank museum donors for their support. That Oct. 21 screening of Buster Keaton’s 1926 silent film “The General” will have live musical accompaniment by the Cambridge, Mass.-based Alloy Orchestra.

Aaron Barnhart is a Kansas City-based writer and TV critic. You can find his work at tvbarn.com and primetimer.com.