Sympathetic Vibrations | The World is Your Classroom 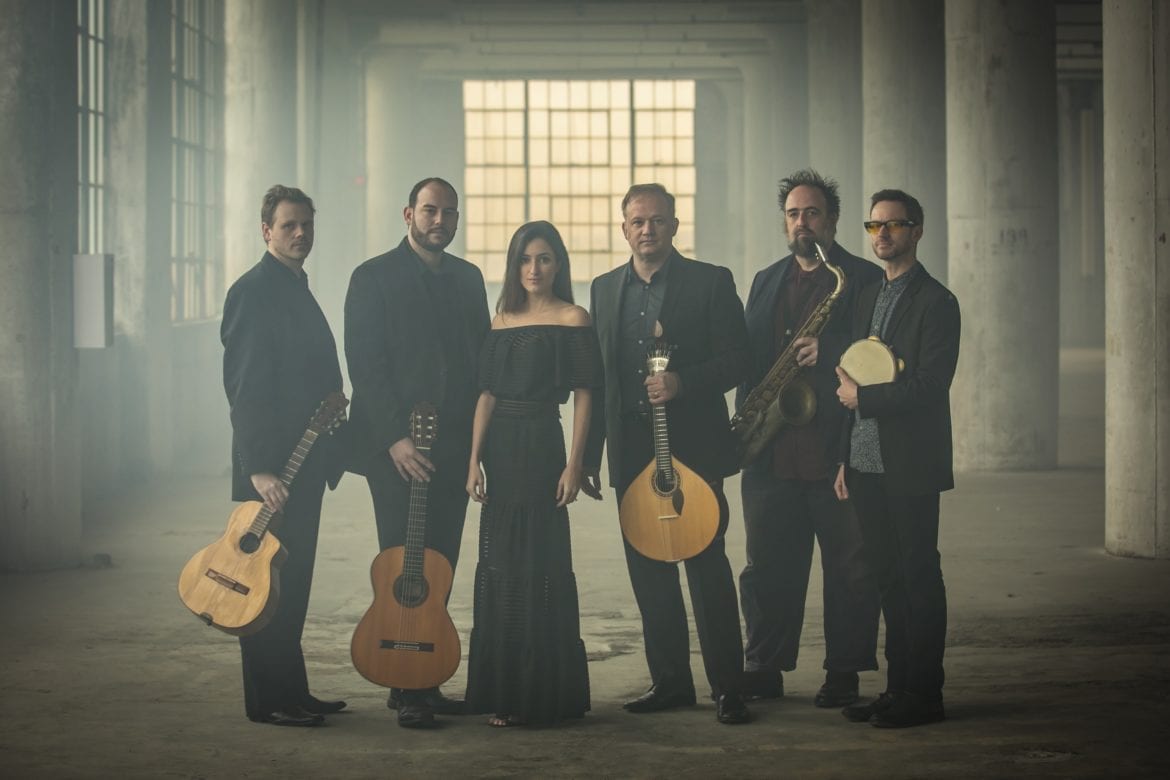 As those who have studied any academic, cultural or musical discipline know well, immersion can be the one of the best teachers in the world.

There is perhaps no better local example of that idea than Beau Bledsoe, founder and artistic director of Ensemble Iberica – a group of Kansas City musicians exploring music from Portugal and Spain with a revolving door of international guest musicians.

And while Bledsoe’s experience with cultural immersion began as an exercise in academia, it has since become a crucial aspect of his development and his general outlook as a musician.

Bledsoe, 46, grew up in Arkansas amongst a family of musicians and studied music in high school and at the University of Arkansas. He moved to Kansas City in 1993 to attend the UMKC Conservatory of Music and Dance, receiving a masters in music.

But after all that study, simply knowing the music and the technique wasn’t enough.

“Classical guitar is heavily nationalistic, both in South America and Spain. So you’re playing a lot of folk music underneath the ink,” Bledsoe said. “And I wanted to know more about those parts so I could authentically interpret the music as a classical musician.”

To gain that authenticity, Bledsoe began moving to the hometowns of those composers, leading to stints in Spain, Argentina, Mexico, Turkey and Portugal. He’s currently still exploring the music of Portugal, which started with a residency in Lisbon learning to play the Portuguese guitar. Now, it has become a dominant instrument in his repertoire, and his skill with it shines in the Ensemble’s current explorations of “fado” – a Portuguese genre of music known for dramatic ballads and melancholy.

The instrument is somewhat rare in the United States, but its history gets at the very purpose of Bledsoe’s studies and the importance of tradition in music.

“Portugal really holds onto conservative traditions. Architecturally, Lisbon is still a medieval city, and the Portuguese guitar has some very medieval roots to it,” Bledsoe said. “These kinds of instruments are usually evolutionary dead ends. They are esoteric sometimes even to just a single town. But in Portugal they have survived.”

In furthering their aim as a group, Ensemble Iberica has amassed a collection of traditional Portuguese instruments from dealer in Oporto, Portugal, that are used in a variety of the group’s performances. Some of them were on display in their performances with world-renowned fado singer Nathalie Pires, who has accompanied the group frequently over the last few years, including many of their performances at the Folk Alliance International Conference last weekend. 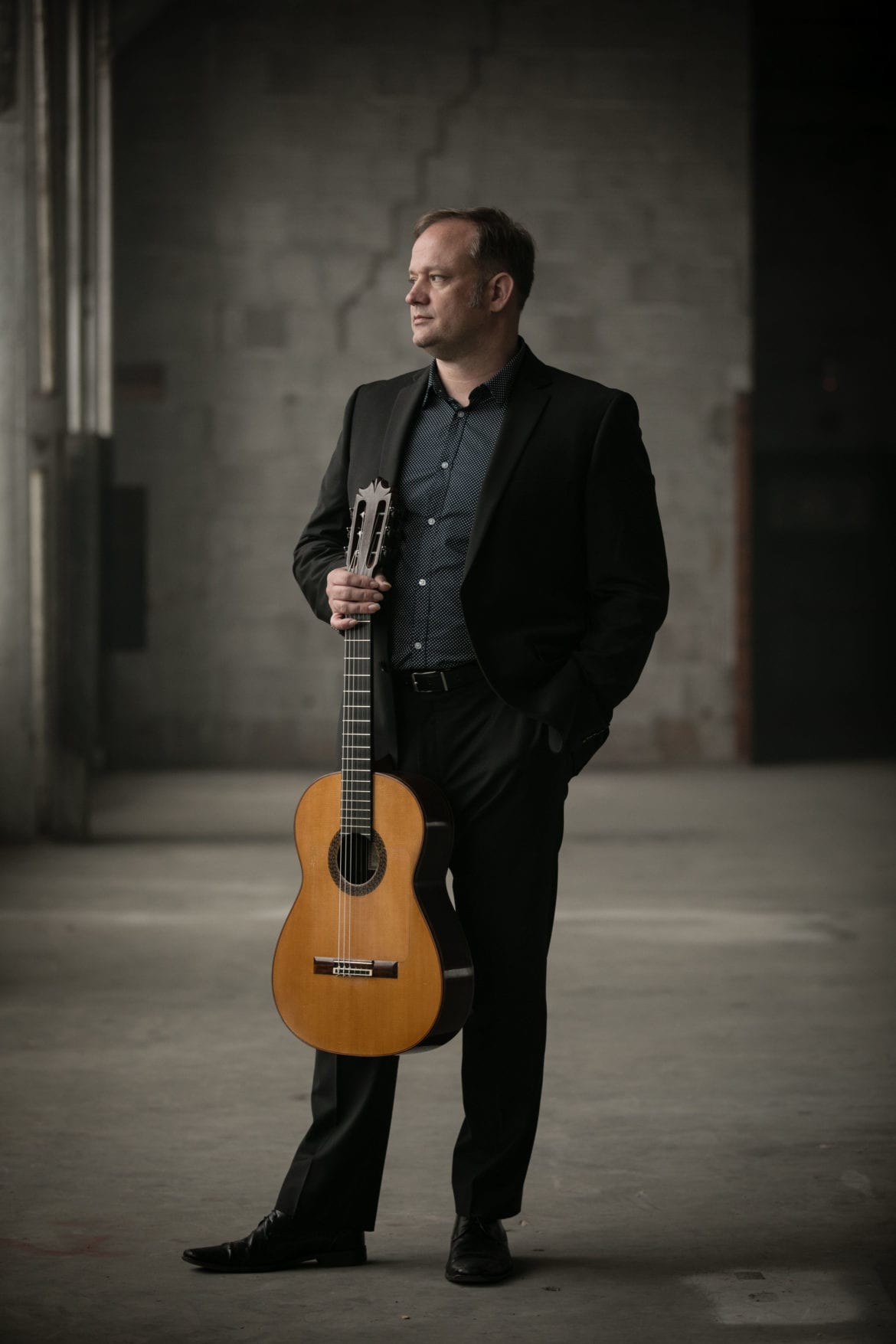 Bledsoe said he spent most of the conference up until sunrise every night, squeezing in sleep and performances whenever possible. And though that sort of schedule should have earned Bledsoe and company some rest, Ensemble hit the ground running with another performance yesterday – the first of its 2018 concert series – featuring flamenco guitarists Antonio Andrade and Miguel Sotelo from Seville, Spain.

And in looking at the upcoming concert schedule, the casual observer might wrongly conclude that Ensemble set out to invite as many world musicians to KC as possible, but Bledsoe said there is a specific aim.

“We of course like to bring in special guests who are masters in their genre,” Bledsoe said. “Our music is inspired by Iberica – which is Portugal, Spain and all of their former colonies. And that is a huge umbrella. So we’re exploring this colonial history and what it means now. It’s not time or genre specific.”

So a bit of that culture will make its way to Kansas City over the next year and feature music from Spain, South America, Mexico, Cuba and Portugal.

However, this summer, Bledsoe and Ensemble Iberica hope to take a little bit of Kansas City on the road in their third annual Patron Trip to Portugal. In these open-to-the-public excursions, guests will be given an insider tour of the culture, the music and the cuisine of Portugal – traveling with the band for performances across some of the cities and regions that influence their music the most.

Much of the motivation behind the program is sharing the access that Bledsoe has acquired through his own travels.

“So much of it is basic human empathy. Traveling somewhere and learning an instrument and a song from there is the quickest way to get to know a people. Folkloric music traditions in those parts of the world exist as a body of songs that unify everyone in the culture,” Bledsoe said.

Folks at Moon Beam Mandolins Listen to the Wood

‘Sounds of the Soul’ | Making New Guitars That Feel Old