Fatherhood, Rhyming From the Heart Give Local MC His Voice 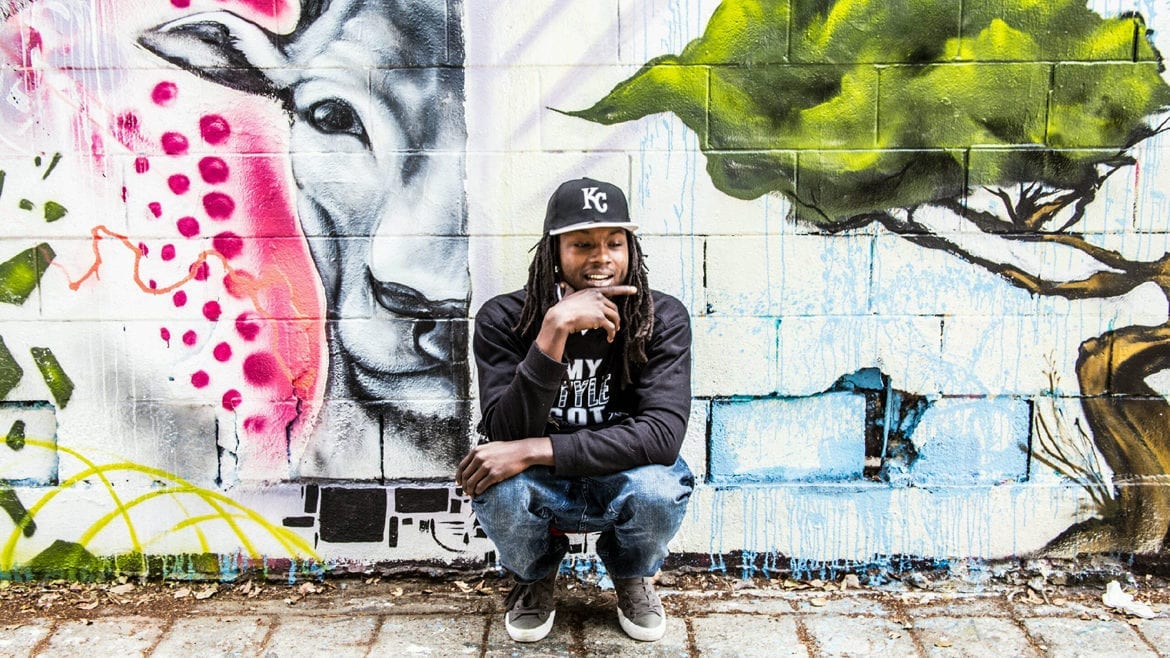 Kansas City’s Abnorm, a talented, gritty MC whose young career has seen a lifetime of experiences, will headline this Saturday at the recordBar. While deserved, this top billing is a far cry from where Abnorm started – sneaking into that same venue as a teenager for some of his earliest brushes with the greater Kansas City hip-hop scene.

The performance will be part of the fourth edition of The Sound Machine, the excellent monthly concert series organized and curated by Kansas City label The Record Machine. Eschewing its typically indie rock lineup, this month is heavily weighted by hip-hop acts hailing from KC, St. Louis, and Lawrence, Kansas.

Ab gravitated toward hip-hop at a young age, and started rapping in fifth grade. He credits his family, particularly his brothers, with exposing him to good MCs as a child.

“It was the MCs with substance. It was about the words; it wasn’t about the beats,” Abnorm said.

But it was when he began to develop his own tastes, with a predisposition for the more cerebral hip-hop artists, that he developed a love for the genre as a form of expression.

“I could listen to them a cappella and still feel the pain,” he said. “The message would still get conveyed. The artistry was always what attached me to hip-hop.”

Born and raised in Kansas City, Abnorm moved frequently, and usually against his will – citing issues caused by family members as a common culprit. High school was particularly transient: He was enrolled in Lincoln College Prep, then Paseo, then back to Lincoln, then Grandview, before ultimately graduating from Hickman Mills.

As a self-described loner, he channeled his efforts into creative outlets – leading to forays into the graffiti and break dancing worlds.

But while Ab enjoyed participating in those worlds to any extent possible, he also liked just being a spectator. Even in his teens, Ab was inspired to support all facets of hip-hop culture in Kansas City – a passion that was greatly fueled by his ability (and penchant) for sneaking into the recordBar for its panoply of scene-pushing events. 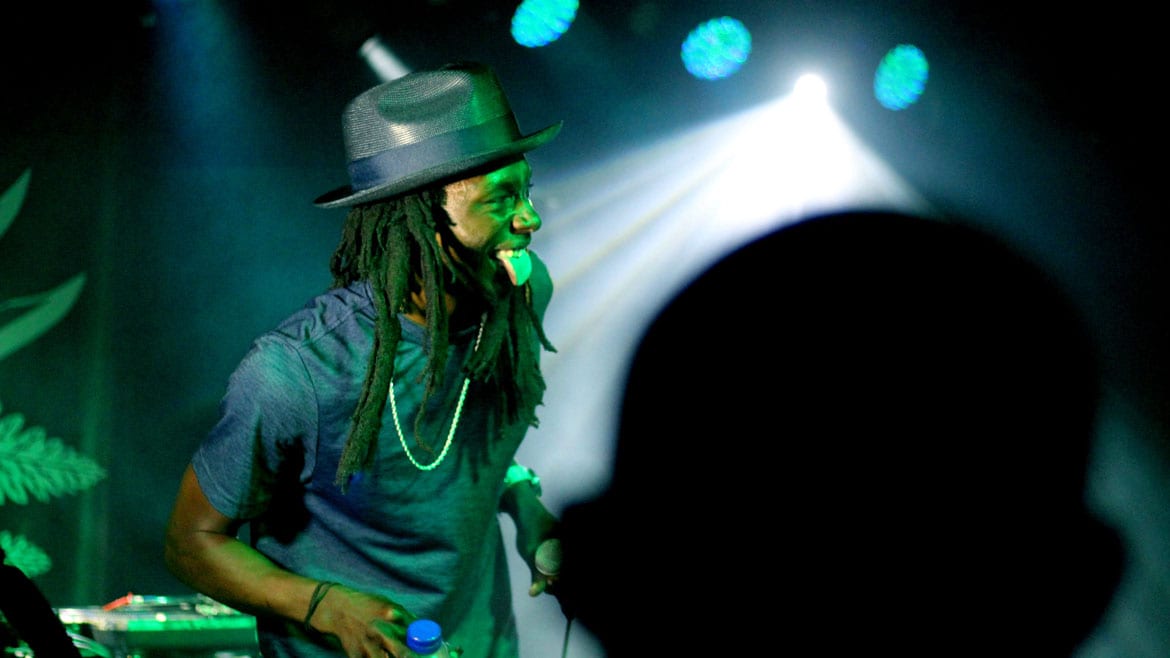 His experiences at the recordBar, which include his first live performances, gave him his first taste of success in the hip-hop scene. He admired the venue so much that he even wrote a tribute track to it.

“It just happened to be a good place – a good venue that had good music – that I could sneak into. God brought me to the right places at the right time,” Abnorm said. “That was when I first noticed I have a valid rapper card. I was underage and I’d walk up and they’d say I was good. They showed me love.”

Ab has been fairly prolific – releasing at least one project per year in addition to a litany of collaborations with other area MCs. But at age 20, right as Ab’s career began to take off, he learned he was going to be a father. The unexpected news, in combination with a host of personal setbacks, led Ab down a dark path.

Much of this struggle was documented in his 2014 LP, “The Dark Ages,” in which Ab describes a falling out with family, a struggle with drug addiction, the labyrinth of hoops to jump through while on probation, and a stint of time in which he was homeless – all while trying to come to terms with the thought of being a responsible parent. The subject matter is as visceral and gloomy as the title would suggest. So much so that Ab says he has a hard time listening to the album these days.

In the end, it was his devotion to his daughter, now five, that helped him clean up his life.

“I understood that I had to be a man, but I had to get the boy out of the way first. Let me get all this [expletive] out of my system so that when it was time for me to level up, I didn’t have anything to look back on,” Abnorm said. “You never know how strong you are until being strong is your only option. She made me put on my big boy pants. There was no option to be weak.”

Ab put his live performance schedule on the back burner, focused on being a good father and completed his probation program. And now he’s back in full force, approaching his music with a well-deserved confidence, and always thinking of a bigger picture — like pushing his brand, “Style Style”. Ab conceived of the nickname and rally cry more than a decade ago, to describe what he called a “winning at winning” mentality.

He gave the concept a proper coronation in “My Style Got Style,” a cut from Volume One of Ab’s “Renaissance” project — a four-part series of releases examining pop culture, relationships and religion. Ab plans to release Volume Two in early Summer 2017.

In addition to keeping up his release schedule, Ab is dedicated to building upon his well-respected reputation in the KC rap battle scene; and expanding those horizons with a slate of battles against challenger rappers in five cities around the country this year.

For the future, he plans to keep his bars personal and put his experiences front and center — crucial aspects to his identity as an MC.

“It molded me into the artist I am, 100 percent. I feel like me being vulnerable, as I am, it gives people something to connect to, instead of just the cookie cutter [expletive],” Abnorm said. “They don’t want to just hear a rapper. They want to hear you.”

Abnorm will headline Sound Machine:004 at the recordBar this Saturday, January 14th with support from Illphonics, Lincoln Marshall, AZP, and Smitty the Kid.

— Dan Calderon is Kansas City native, an attorney, and contributor to Flatland. You can contact him by emailing pdancalderon@gmail.com, or on twitter @dansascity.