Sympathetic Vibrations | The Price of Doing What You Love 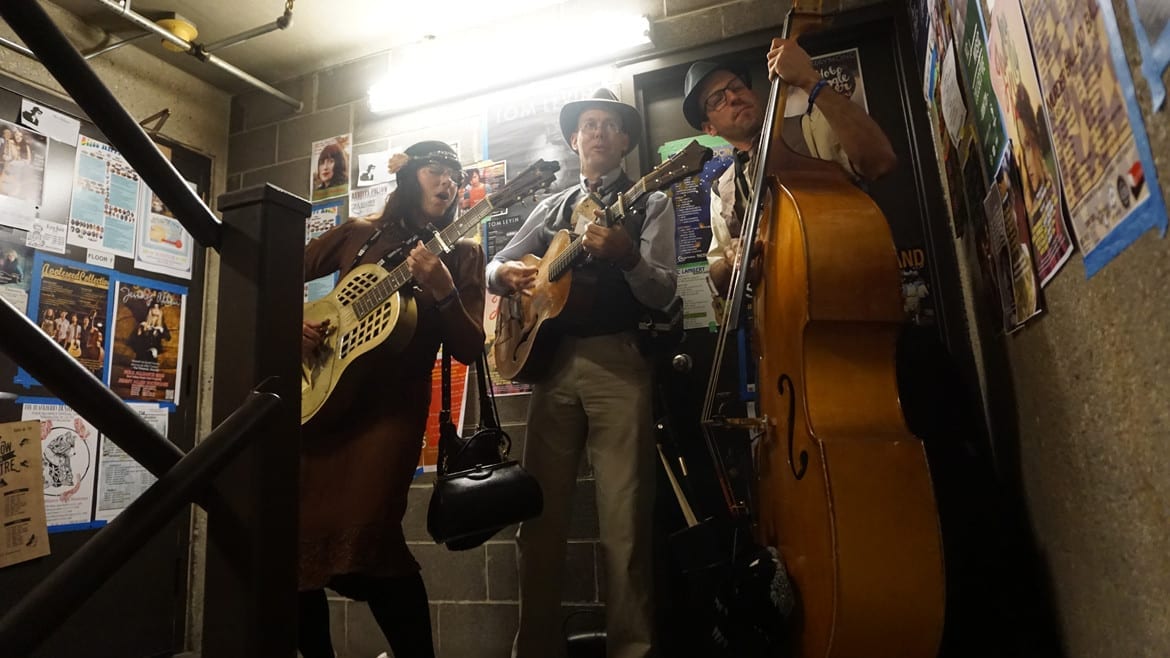 The music life is about making things work. Here, musicians warm up in a stairwell during the opening night of Folk Alliance International at the Westin Crown Center. (Photo: Sarah Bradshaw | The Bridge)
Share this story

This weekend, a sizable chunk of the international folk music community will descend upon our fair city for the Folk Alliance International conference, which organizers describe as “the world’s largest gathering of the folk music industry and community.”

To those attending as industry insiders, the five-day conference will serve as a pooling of ideas and methods aimed at helping the folk music community thrive in a continually changing music industry landscape.

Well if you’re a renowned artist with a huge following who is continually selling out large shows, you won’t get too far before a record label takes notice of your success and snatches you up with an offer you can’t refuse. And being on a record label is great for a number of reasons. Between the cash advances label artists get and the teams of label executives doing all the industry heavy-lifting, label-backed artists get to simply focus the music itself, then sit back and collect performance and royalty checks as they arrive.

Great right? Well, sort of. Record deal cash advances are really just loans made against an artist’s album sales. And unless your album sells enough copies to allow the label to recoup the full amount they “loaned” you, you won’t see a single dime from the sales of your album. But, assuming the label recoups all of its advances and makes a decent profit with each of your records, you can live off of this cycle for years – or until you become commercially irrelevant and the label ultimately drops you.

The alternative to this model is to be independent, like many of the folk artists who will be at the FAI conference this weekend.

Being an independent requires the artist to take on a number of tasks that a traditional record label would employ (and pay) numerous individuals to handle on behalf of the artist. For Jacob Prestidge of Kansas City’s The Blackbird Review, who will be playing at the FAI conference in the KC Music Collective Private Showcase on Friday and an official showcase set on Saturday, taking on these extra roles can often get in the way.

“Our greatest strengths are as musicians, performers, and songwriters,” Prestidge said. “And we’re spending as much time operating in the business side of things, because we have to. It would be wiser to have people who are better at that kind of thing handling that for us so we could focus more of our time and energy on honing our craft.”

Similarly, independent artists are required to personally front the cash necessary to live and put out records. This is typically done through day jobs – at least until the artist’s revenue streams get to a point where they can comfortably walk out of the office with both middle fingers proudly held high. 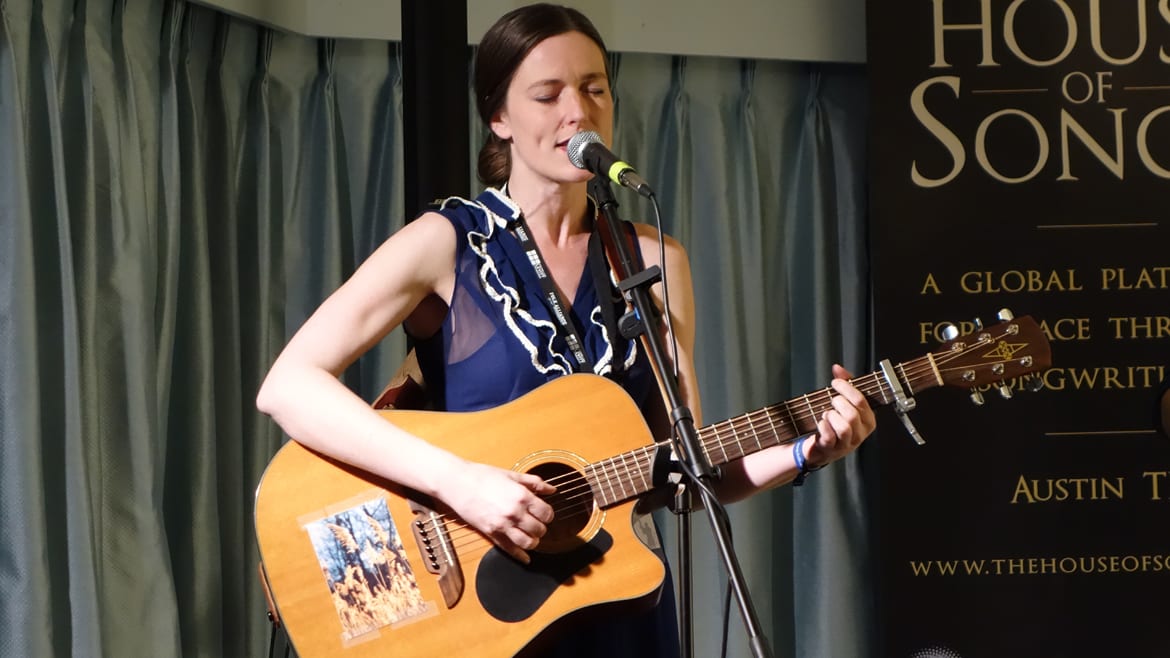 Before then, artists have to find a way to budget and save in order to build up the funds to handle costs. For Jessica Paige, a Kansas City artist who almost made it to the final cut of American Idol this season, and who will also be playing an official showcase at FAI conference tonight, recording her first album meant getting creative. For extra income Paige rented out her apartment on Airbnb when she was out of town, on tour, or staying with friends. The rest of the funds came from shoestring budgeting and saving.

The single most important benefit to being an independent artist is having outright ownership of your master recordings – meaning the profits from the sales of your recordings are yours and yours alone. However, unless your albums are wildly successful, you probably won’t be able to live off record sales alone.

Folk artists, and almost every other type of musician out there for that matter, receive the bulk of their revenue from live performances and selling merchandise at their shows. And this is true for both label artists and independents alike.

But for many, it still isn’t enough. Danielle Prestidge of The Blackbird Revue, said their income as musicians is enough to make a living, but doesn’t put them in an ideal position to accomplish their goals.

“I’m happy that we’re able to do music full time, but this is definitely not where we want to stay,” Prestidge said. “We’re paying our bills and everything, but we want to release an album soon. And we’re going to have to do crowdfunding for that. I’d love to just have money saved up and know how much we can spend [on recording].”

With so much work and sacrifice and seemingly so little reward, why do it? For Jessica Paige, it’s simple – it beats having a day job.

“If you are in [music] to make money, you are in the wrong game,” Paige said. “If you do it because you love it and you want to share your music and your passion and your creativity with people, you find a way to make it work. You do it because you’d rather be playing music and sleeping in a car than clocking in at eight o’clock to be a bank teller.”

— Dan Calderon is an attorney who practices in entertainment law when he’s not contributing to Flatland. He will also be serving on the panel for the “Legally Speaking” program at the FAI Conference on Saturday, February 20th. Dan can be reached at pdancalderon@gmail.com or @dansascity on Twitter.