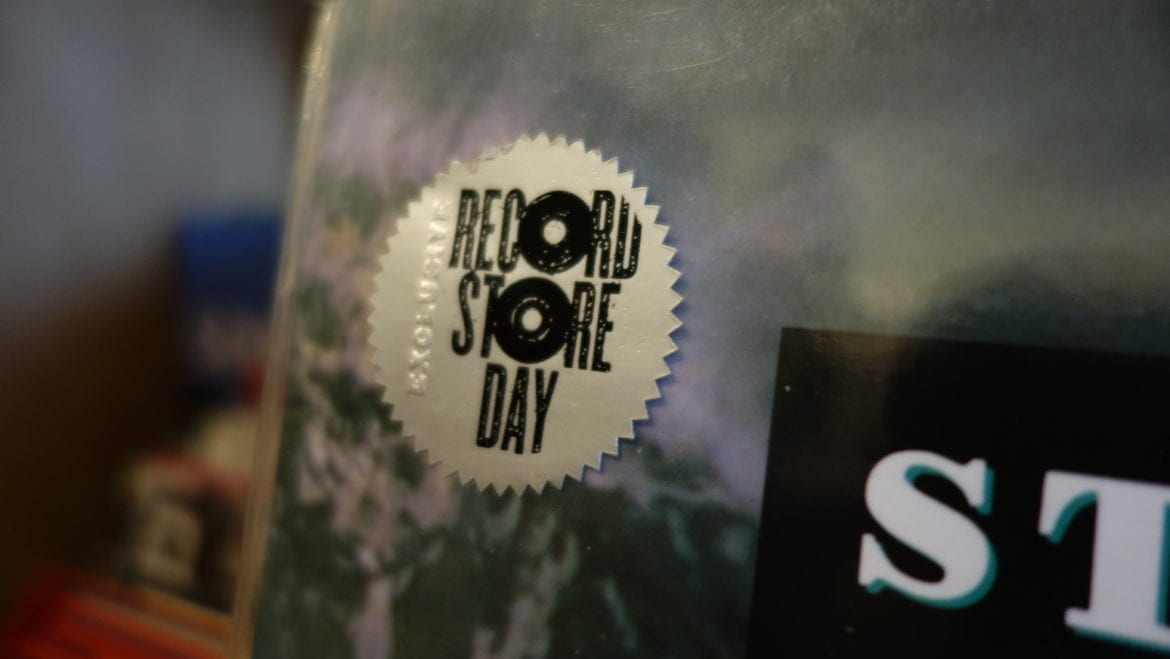 Part of the fun of Record Store Day is the exclusive, limited edition pressings released on the annual holiday. Many of the official exclusives are unreleased material, others are reissues of iconic records that have gone out of print. Regardless, all RSD exclusives are marked with the event's official sticker. RSD comes this Saturday, April 21. (Dan Calderon | Flatland)
Share this story

Music lovers worldwide will celebrate in unison this Saturday, April 21, in faithful observance of Record Store Day – a crate geek holiday that began in 2007 and has enjoyed year-over-year growth in both geographical reach and sales figures since its creation by the Record Store Day organization.

And while it is undoubtedly the Black Friday of the music sales world, it is also a crucial opportunity to celebrate and support independent records stores. Local record shops have become an integral part of the local music scene – providing a gathering place for music fans and launch pad for local musicians.

Here are five great reasons to shop local on Record Store Day – straight from the mouths of some of the city’s finest purveyors of vinyl grooves:

Promise Clutter, manager of Revolution Records, loves that record stores like hers provide a warm, cozy place for people who love music. And RSD is a great way to celebrate that.

“A lot of emphasis in the media is put on about the exclusives for sale [on RSD], but I think a lot of people just like to come out and celebrate with us to shop the racks,” Clutter said. “Record stores have always fostered a very unique culture. I think they’re necessary in the community and hold a special place in a lot of people’s’ hearts as being a home for the music nerds who don’t otherwise have one. So Record Store Day ends up being a celebration of that culture.” Marion Merritt, whose shop provides an all-ages music venue for bands, says that fans can be, well, fanatic on RSD. If you get your hands on an exclusive, she says, hold on to it until you are out the door. (Dan Calderon | Flatland)

Marion Merritt owns Records with Merritt and lovingly offers up her shop to local acts of all levels in order to provide a unique venue through in-store performances.

“Most of our shows are all ages. And the feedback we get from our artists is that they come here because they need a specific type of place to play. Maybe the band isn’t big enough for the recordBar or even the Minibar quite yet,” Merritt said. “And we think of our place as a space for the DIY and emerging artists. We have a lot of baby bands who have never played for anyone except their parents in their basement, and this gives them a chance to build their chops. I think of our store as a place where you can experiment and learn how to be an artist.”

Kyle Maggart, co-owner of Brothers Music, sees the day as a great opportunity to buy official RSD releases, but also a chance to catch some rare releases.

“We’re not as big as some of the other stores. So one way we try to compete is by putting out really hard to find records. We will still have exclusives and we ordered more exclusives than we’ve ever ordered before. But we are primarily a used record store,” Maggart said. “I’m the main buyer for large collections. And over the course of a year, we’ll buy around 7,000 records and slowly release them in store. So in addition to exclusives, we’ll put out about 800 rare used records, just on that day.” “Retail in general is seeing a change with malls and big chains closing. Everyone is being pushed to buy online,” Mills said. “One of the things I get up for every day is to keep a physical spot stocked. We listen to all the promo CDs that come in so we can know that if you like this thing, you’re going to love this other thing. In that sense, we have to be the human algorithm necessary to provide people with a human experience in music buying.”

Hear more from Mills on RSD from her visit this week to our sister station, 90.9 The Bridge:

Christian LaBeau, buyer and manager of Josey records likes the way that records can transform the process of music listening.

“With records, you’re taking time out. You’re not just throwing it on and driving and not really paying attention to it. You’re actually sitting down because you want to hear the record,” Labeau said. “There is a record club that comes to our store, and when they meet, they have a dinner and someone brings a record over that nobody has heard. And they all agree to turn their phones turn off so they can just listen to the record. I think people are just tired of pressing buttons and want to feel more connected.”