How a seemingly docile folk music conference left me humbled 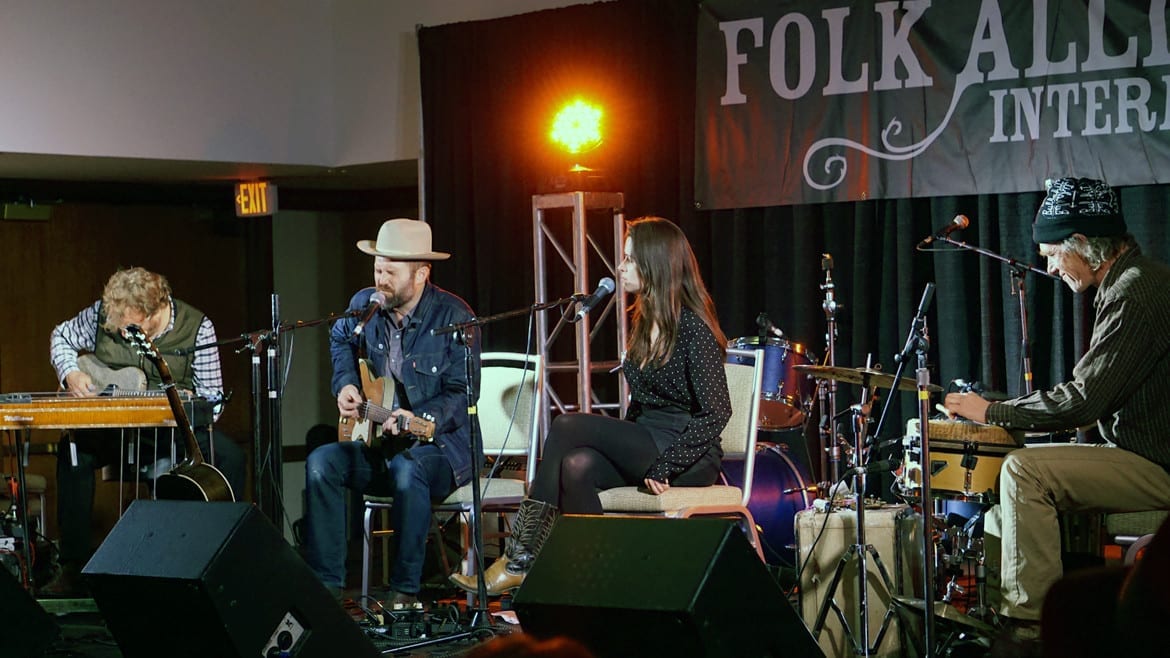 I should come clean.

This was the third year of the Folk Alliance International Conference’s residency in Kansas City and it was my first time attending. I know, I know. I’m awful. Stain on me.

I have to admit I didn’t know what I was missing. Looking back, last weekend was a whirlwind, complete with so many regrettably missed performances and so many nights that went way too late for someone on the boring side of 30. But, over the course of those five days, I learned some important lessons.

In observing folk tradition, come sit a spell and I’ll learn you a few:

Every festival should be in a hotel…

During the afternoons and early evenings at the conference, there are official music showcases in the ballrooms around the Westin. The music was well-curated and all, but these showcases are not that much different than catching a band at a small club.

As you might have heard, the real magic happens around 10:30 every night, when the conference proper closes down and its attendees head upstairs for “private showcases”. In total, there were 65 hotel rooms across three floors hosting bands until 4am, with sets around 30 minutes apiece. Some of the bands bounced to different rooms on the same night, but your only chance of seeing all of them involved Doc Brown and a DeLorean.

Nearly every room was cleared to make just enough space for the performing musicians and a few handfuls of people, so the intimacy quotient was off the charts. And the talent couldn’t be measured. I wandered into more than one unassuming room because it had free food or drinks and happened upon a musical experience so good, it literally rendered me emotional.

The word that kept getting repeated by people I spoke to was “overwhelming”. And it’s really the only way to describe the experience.

My definition of folk music was way off…

You hear the term “folk music” and you think acoustic instruments and voices. You think small groups, simple C major scales, and symmetrical verse/chorus structures. You think about the type of music lampooned by the Christopher Guest mockumentary, “A Mighty Wind”. Well, that’s not necessarily what you get at the FAI Conference.

Sure, there was every different type of Roots and Americana – like bluegrass, country, and blues. But there was also the equivalent version of that music from other countries and cultures. In the same night, I saw a mixture of Middle-eastern and Nordic folk played by Tarabband, a blues and conjunto fusion from Los Texmaniacs, gospel styling by The Sojourners, and a pairing of violin and electronic sampling by Speaker Face. After the thirtieth time asking myself, “Is this folk music?” I decided I was probably ill-educated on the subject. 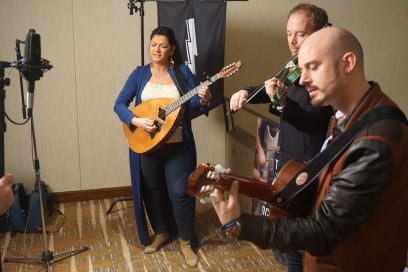 The management at The Westin is pretty cool…

The conference’s official footprint at the hotel only covered the ballrooms and the aforementioned private showcase rooms, but the hotel was ostensibly overrun by the conference and its attendees. If there was a square inch of floor or wall space anywhere, it was occupied by jamming musicians or posters advertising the showcases. And I’m still scratching my head wondering what they did with all the mattresses and furniture from the private showcase rooms.

On a weekend where it almost certainly hosted at least a modicum of non-conference guests, an otherwise stuffy hotel in downtown Kansas City happily surrendered itself to the loud, stinky Mack truck of music that barreled through it. That deserves at least some level of praise.

Folk music is not just an old man’s game…

Don’t get me wrong; there were plenty of long grey beards, overalls, and straw hats. But there were way more skinny jeans, beautiful faces, and salon-caliber haircuts than I was expecting. And lest you reduce that observation to another circumstance of hipsters appropriating a niche culture to make themselves seem more credible, all those pretty, fashionable, young faces were also putting out some really fantastic, technically-sound music.

To illustrate my point, one of the biggest cheers I heard all weekend came from the 15 of us who were right-place-right-time lucky enough to catch The Accidentals and The Crane Wives team up between private showcase sets to absolutely crush the latter’s “Sleeping Giants”.

I consider myself a fairly well-versed appreciator of music. And I thought I had a pretty good grasp on the bulk of the talent that was worth my attention in the music world.

I was wrong and I have been humbled.

The biggest lesson I learned this last weekend is that what I think I may know about music is actually nothing in the grand scheme of things. I couldn’t begin to count the number of artists I didn’t know who blew me away. At one point I had a “bands whose albums I should buy” list going, but abandoned it fairly early on after realizing I had written down the name of every band I’d seen on my first night.

In the end, these lessons will be heeded and a few hazy but jubilant memories will be stored as long as my feeble mind is able to hold onto them. But one thing is certain: I will be back next year.

— Did you attend the Folk Alliance Conference? Do you have any of your own lessons or memories? Share them with us by commenting below, emailing pdancalderon@gmail.com, or tweeting us @dansascity.

— The Bridge was on hand to capture some of the flowing music. Find “Busking With The Bridge” videos, go to The Bridge’s News page.