Sympathetic Vibrations | Fits for the King

Second Hand King Gets Personal About His New Album, His New Style, and His Healing Heart 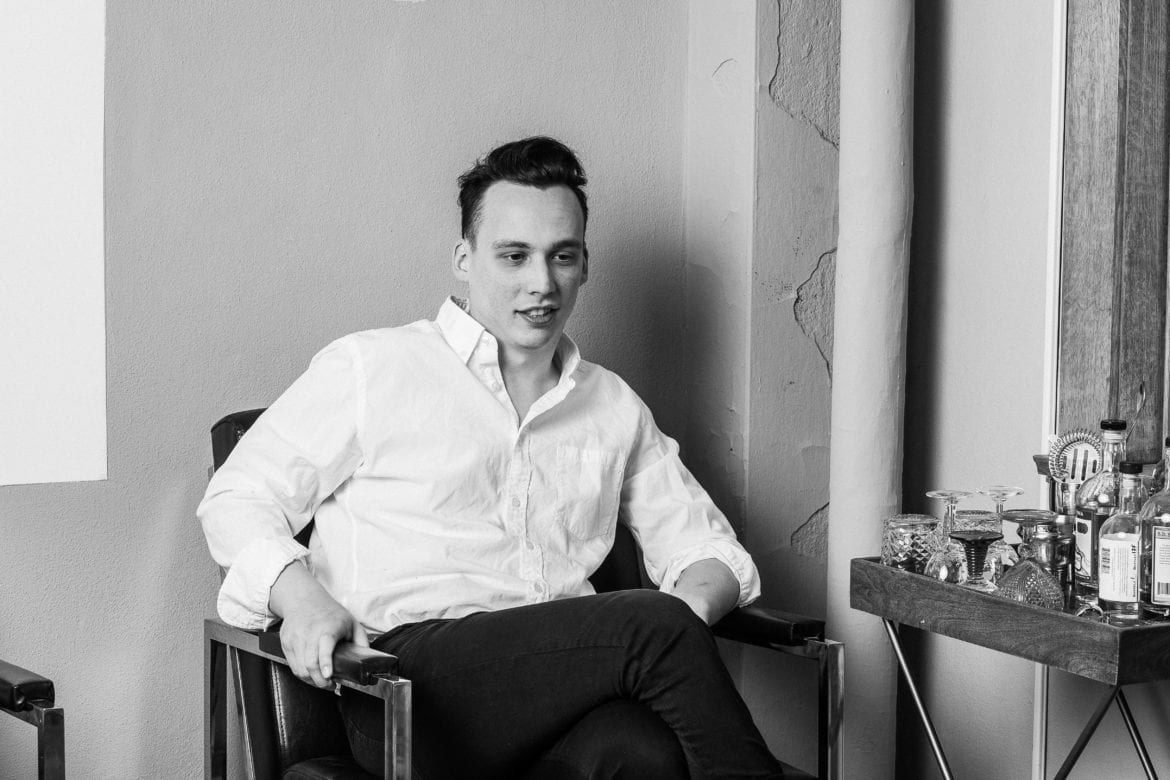 Joe Stanziola, aka Second Hand King, returns with a new album and a new band. (Zach Bauman)
Share this story

Hip-hop and testosterone-filled bravado have run hand-in-hand since the genre’s inception. And save a few brave acts over the decades, few rappers are willing to spit bars about something as vulnerable as their feelings. That’s where KC-native Joe Stanziola, aka Second Hand King, is different.

Stanziola, 28, began writing tracks for his new album, “Frankie,” almost two years ago. And since that time, he fell in love, got engaged, got unengaged, felt heartbreak, and found peace. And he’s been very open about all of it – to the point that “heartbreak is OK” has become something of a running motto in his inner circles.

This array of emotions is prominently displayed in “Frankie,” which represents both a spiritual and musical change of direction for the rapper and a first glimpse of “doo wop rap” – a style Stanziola lovingly originated to deal with those feelings.

And in that way, “Frankie” is as much a commencement as it is a piece of art.

We caught up with the King to talk about the album, his recent fits with newly found emotions, and just how he landed on his new style.

On Who “Frankie” Is…

“I was engaged for a year and I stopped doing everything. I was struggling. ‘Frankie’ started as me trying to understand what love was and how to cultivate real love and keep it,” Stanziola said. “And when [the relationship] fell apart, ‘Frankie’ became the same thing in a different light. As opposed to trying to find real love in someone else so I could maintain that, it became instead about finding it and maintaining it in myself. I wanted to appreciate what we had and also appreciate letting it all go. And in the end, that’s what ‘Frankie’ sort of became.”

On Building Albums Around a Character…

“I feel like I can be more honest with myself when I’m not talking about myself,” Stanziola said. “It’s a weird way of dancing around a bigger idea or bigger picture that feels more controlled. Like, I can find the range of emotions that bring it all together. I’m a big fan of the full album format and I don’t need to write concept records, but I feel more freedom in being constricted to an idea. I’m creating my own world.”

In November, as a way to cope with the devastation of his breakup, Stanziola released “If It Goes Wrong”. The album – co-written by Jesse Bartmess and released through a collaborative project called Bad Dreamer – is a brooding, ambient, dark wave hip-hop therapy session about the breakup. “Frankie” retreads some of the same ground, but in a different way.

“The fallout [in the relationship] was just really ugly, as one would expect it to be. And I didn’t want ‘Frankie’ to be an ugly album where I took myself too seriously. So as sort of a way to blow off steam, Bad Dreamer came as a way to get the poison out and keep ‘Frankie’ on this pedestal,” Stanziola said. “I wanted to keep the heartbreak separate. But at the same time, I felt like I’d be doing a disservice to ‘Frankie’ to not include it. I also felt like ‘Frankie’ could appreciate that heartbreak and put it in a better light.”

On Just What the Heck Doo-Wop Rap Is Anyway…

“To me, doo-wop is more of an idea than a genre. There’s a special thing you hear when you play to a doo-wop song. Especially a sad one. There is a lot of insecurity and a lot of pain in the music, but it’s masked by this young energy that comes in how it’s presented. And I feel like me as a singer, as a writer, and as a voice – I just really relate to that,” Stanziola said. “But at the same time, I can get more heavy and I feel like that’s where the rap comes in. Rap is such a poetic form in how it expresses that anguish. So putting the two together allows you to be realistic and still make fun of yourself. And creating my own genre gives me the freedom to do whatever I want no matter what that is. Nobody can question the authenticity of doo-wop rap.”

On Teaming Up With a Band…

Last year Stanziola set out to find musicians to augment his live shows, forming a band called “The Lovers”. And the move has forever changed the Second Hand King project.

“It’s something I’m really excited about. It’s really freeing to have a group of musicians on hand, willing to create whenever you want. I feel like that’s the next step for me,” Stanziola said. “Being an artist and being so involved in Second Hand King, it’s a little scary to give your baby to other people. But I found a group of musicians who are super talented and who also take it as seriously as I do. I don’t want to be just a rapper with a band. I want to have a cohesive group that sounds like they were meant to be joined together. We’ve bonded and now we’re together as much as much as possible and it’s been beyond rewarding. I’m really excited to start unveiling what we’re doing together.”

Second Hand King and The Lovers will celebrate the June 6 release of “Frankie” with an album release show on Saturday, June 9 at the recordBar.