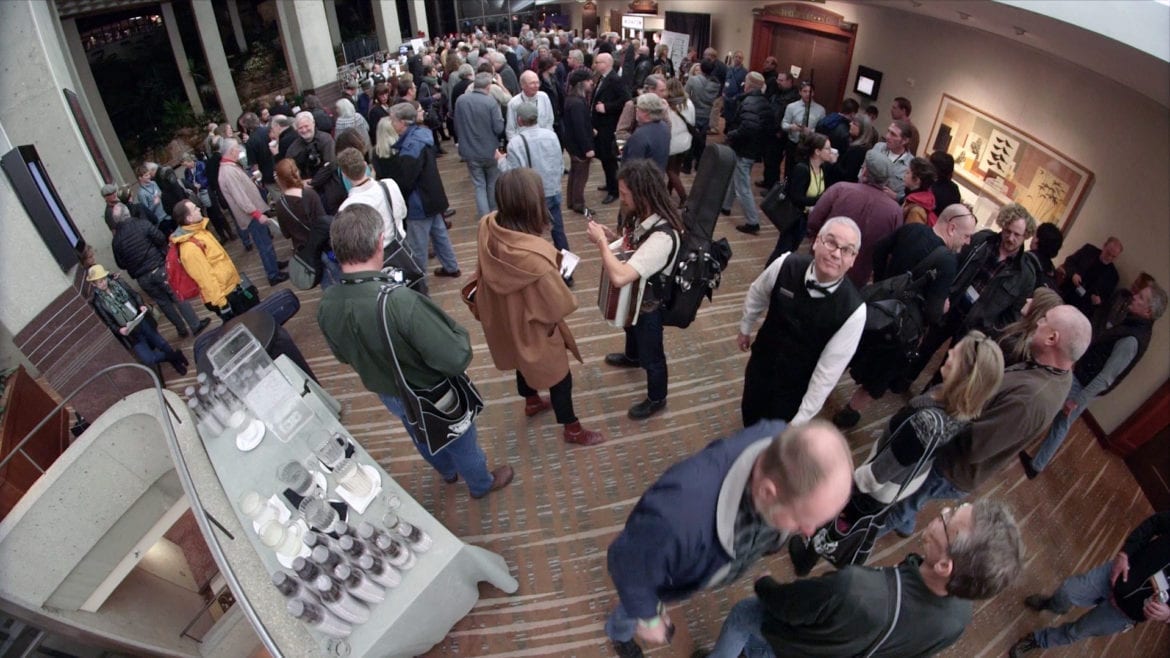 Hang out in the lobby, follow someone around — these and more tips for how to find your best stories at Folk Alliance International next week. (John McGrath | Flatland)
Share this story

Next week, Kansas City welcomes ambassadors of an entire genre of music to the Folk Alliance International Conference. Over the past five years, the conference has become one of the biggest arts-related draws to the area and something of a revenue boon for the city in general.

But for the music-loving community based in our city, the conference is of particular importance. Aside from bringing in incredible talent and a diversity of international instruments, FAI tends to be full of great stories. There are the stories about the artists themselves and then there are the ones that you get yourself from being in the room with these great acts and industry leaders.

And that’s fitting, because stories are absolutely central to the spirit of the genre as a whole.

With official and private showcases beginning next Wednesday, Feb. 14 and going through the weekend, you’re bound to create some great stories yourself. Here’s how I’ve maximized my “story returns” in years past, and what to look and listen for this year:

Strike Up A Conversation With a Folk Radio DJ

Of the thousands walking the halls at the The Westin Kansas City At Crown Center, fewer than half are artists. The rest are made up of industry folks, presenters, and media – all of whom are deeply entrenched in the music industry in general.

And to make it even easier for you, each attendee’s role at the conference is prominently displayed on the lanyards they’ll be wearing all weekend.

Last year I followed around an entertainment attorney I met during the conference, who introduced me to three excellent bands I’d never heard of. This year, you may meet a radio DJ who will be talking about a great international act they’ve been spinning on their home station, like New York’s Villalobos Brothers, a trio of Mexican-born brothers who spent their childhood learning classical violin in Xalapa, Mexico.

The group focuses much of its lyrical themes around love and social justice, with many of those ideas gleaned from experience as O-1 Visa recipients. It inspired the title of their most recent album, “Aliens of Extraordinary Ability”.

Hang Around the Lobby

You’ll hear all sorts of great music nearly everywhere in and around the Westin – but none with more consistency than in the lobby of the hotel.

At all times of day and night, the lobby is full of musicians jamming – sometimes with someone they just met at the conference, other times simply as a way to promote themselves and invite curious passersby to their showcase slot. 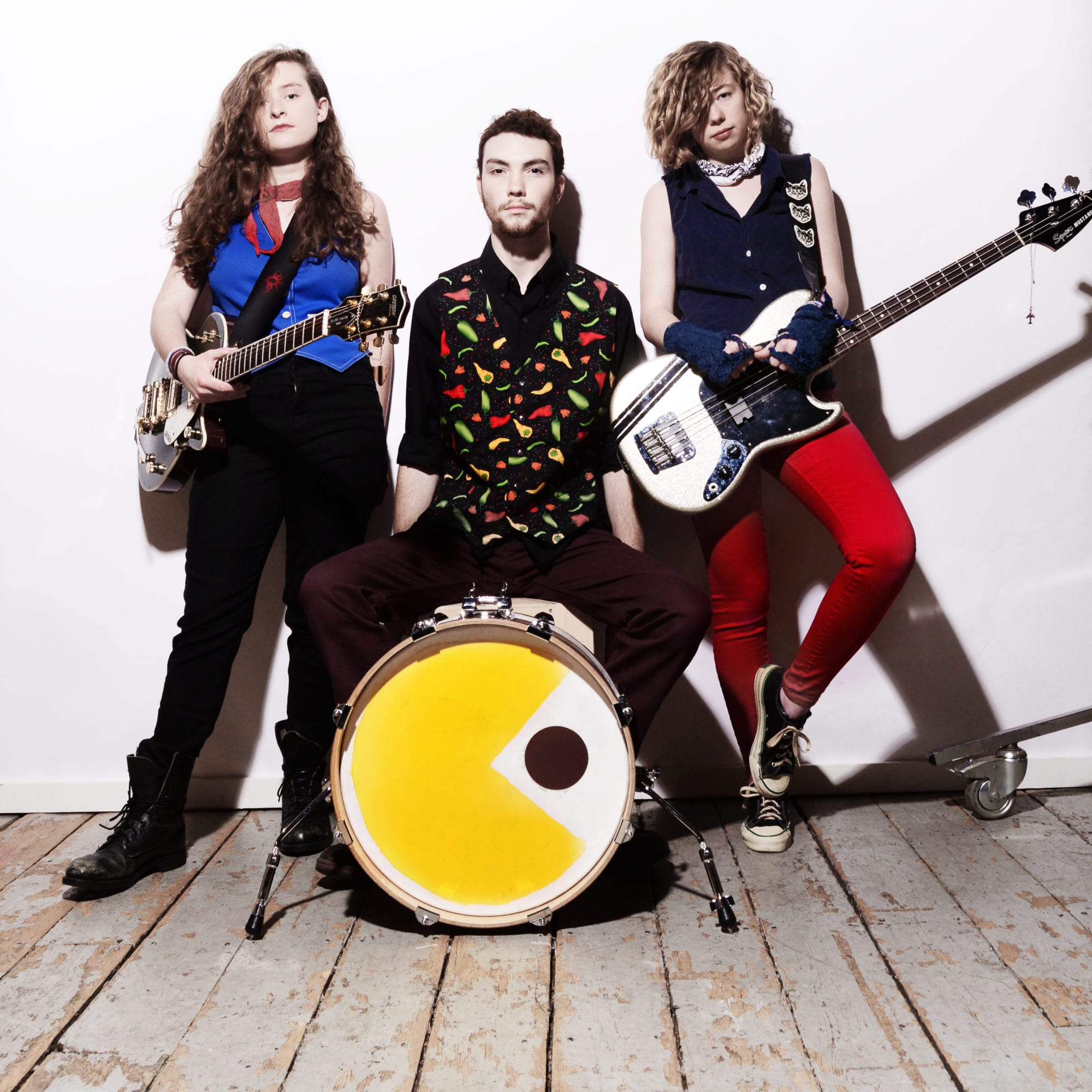 Take a stroll through. I use the lobby as a homebase to meet up with people and to grab a quick drink from the bar. But even my shortest intended lobby visits typically turn into longer stops. That’s because, at any given time, you’re bound to catch a quick jam by a band like The Accidentals, a trio of Michiganites who began playing music together as orchestral students in high school. Five years later, the group released its debut album, “Odyssey,” which received critical acclaim for blending classical, jazz, bluegrass, country, and alt-rock. The band travels to KC next week with multiple performances throughout the conference, including an official showcase at 7:30 p.m. on Sunday.

Leave the Lobby and Check Out the Official Showcases

To find the best bets — and make your best stories — you really can’t do any better than asking the people who spend all year putting the conference together. The official showcases take place next Thursday through Saturday from 6 p.m. to 10:30 p.m. in the ballrooms around the Westin. These jury-selected acts are the up-and-comers and established artists that FAI’s mavens consider to be the best.

While there is certainly a lot of magic at the private showcases upstairs, the official showcases downstairs usually translate into bigger audiences and more energy. And I’ve found that the stage setup lets the artists really go for it. 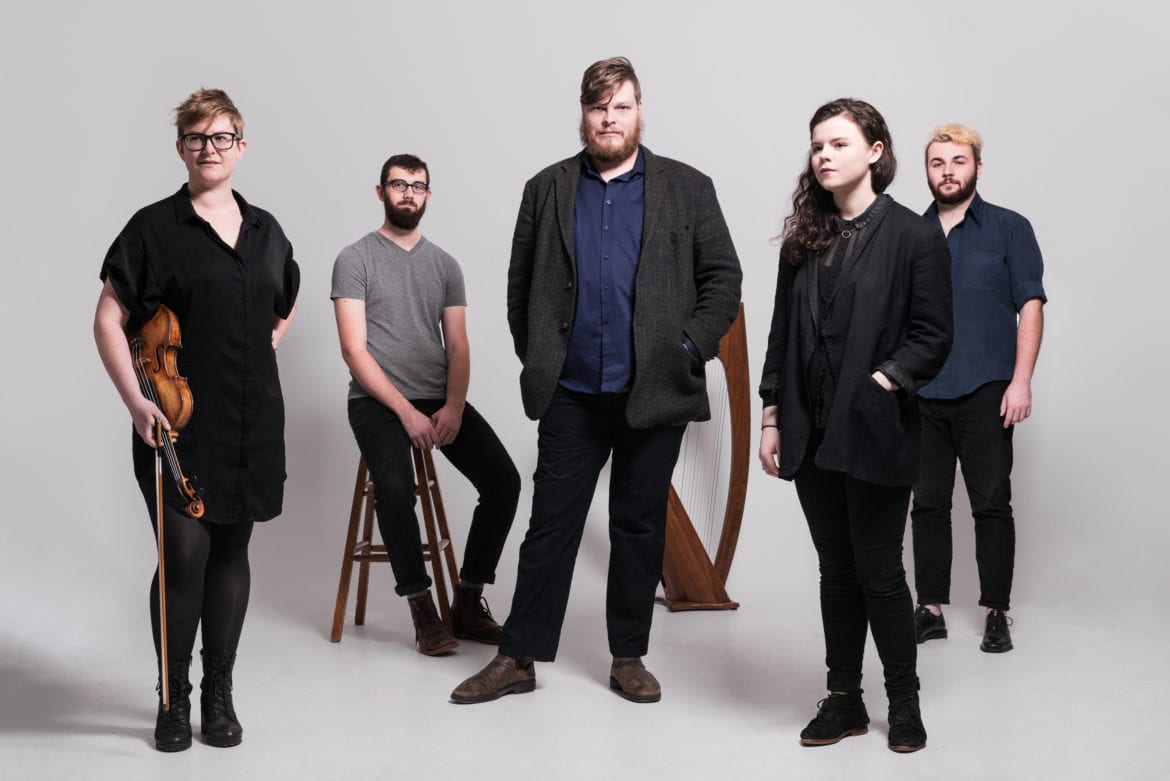 This year, which is also the conference’s last year in KC (for now), find the Aerialists’ showcase at 9:45 p.m. on  Thursday. The Toronto-based band mixes elements of Nordic and Gaelic folk with prog rock to create a truly unique sound. The group, whose members originate from both sides of the Atlantic Ocean, is something of a traditional instrument supergroup. It’s on my list.

Finally, the best advice is to trust yourself. The private showcases take place every night of the conference from 10:30 p.m. to whenever everyone passes out from sheer exhaustion. Folk industry vets have likely put together a tailored schedule in advance using FAI’s remarkably helpful app. The rest of us will be catching the few acts we know and schlubbing our way from room to room for the rest of the night. And that’s a good thing.

Last year, I was wandering around the hotel hallways in the wee hours of the morning when I heard an accordion solo that triggered a moth-like attraction toward the sound. When I entered the room, I found Sam Reider shredding the squeezebox with a big grin on his face. 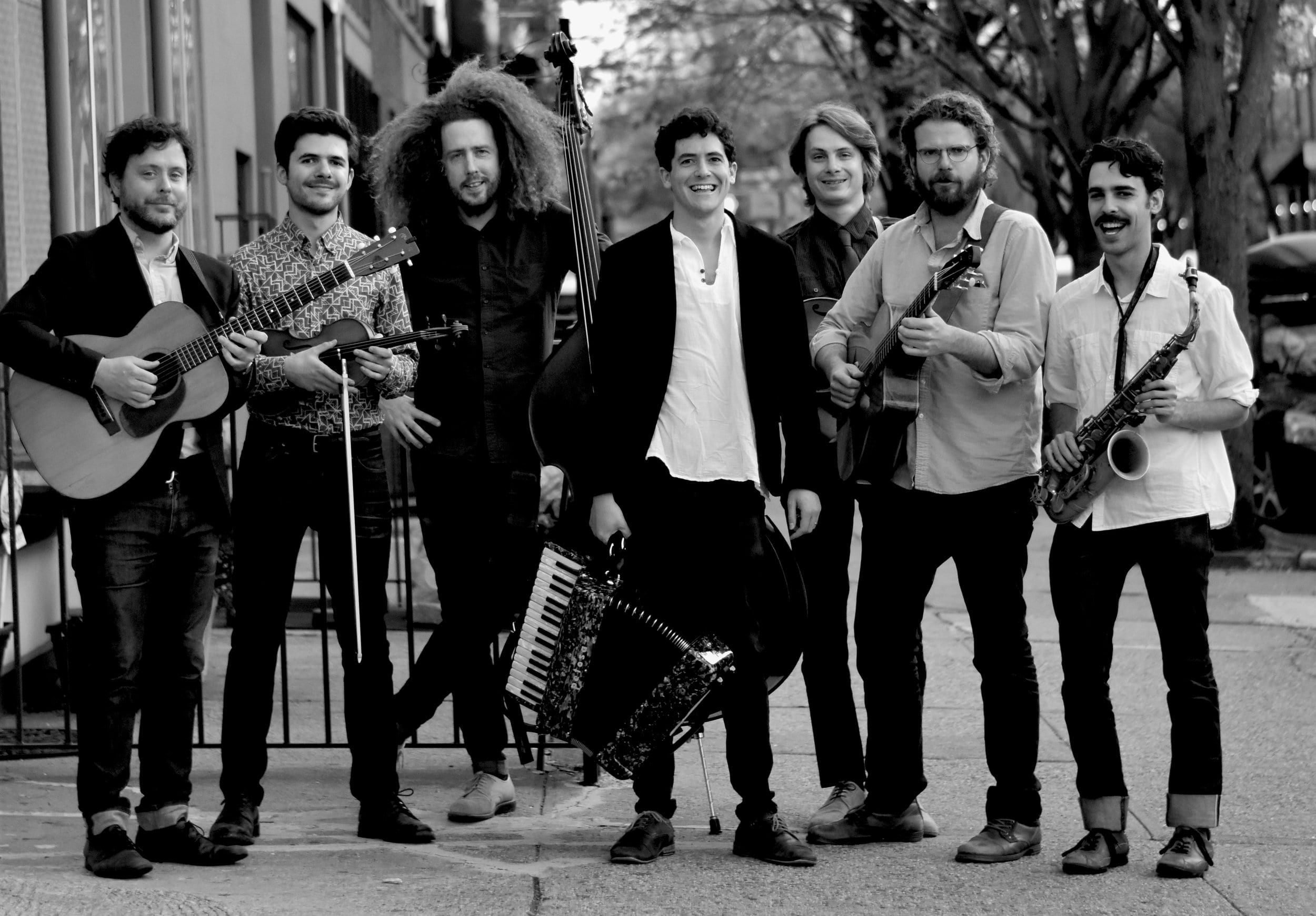 Reider, the son of a San Francisco-based composer, grew up as a classical and jazz piano prodigy but fell in love with roots and americana during college. Shifting his musical focus and his instrument to accordion, he now plays a jazz/bluegrass hybrid with The Human Hands – an absolutely stellar set of musicians whose technical talents are something to behold.

There’s no one right way to get the most out of your week at FAI. And your experience will likely include a lot of the kind of happenstance I just described. But if you manage to make use of these tips — and deploy copious coffee reserves early and often — you just may walk away from the conference with a few new stories of your own.