Sympathetic Vibrations | Beats for a Cause 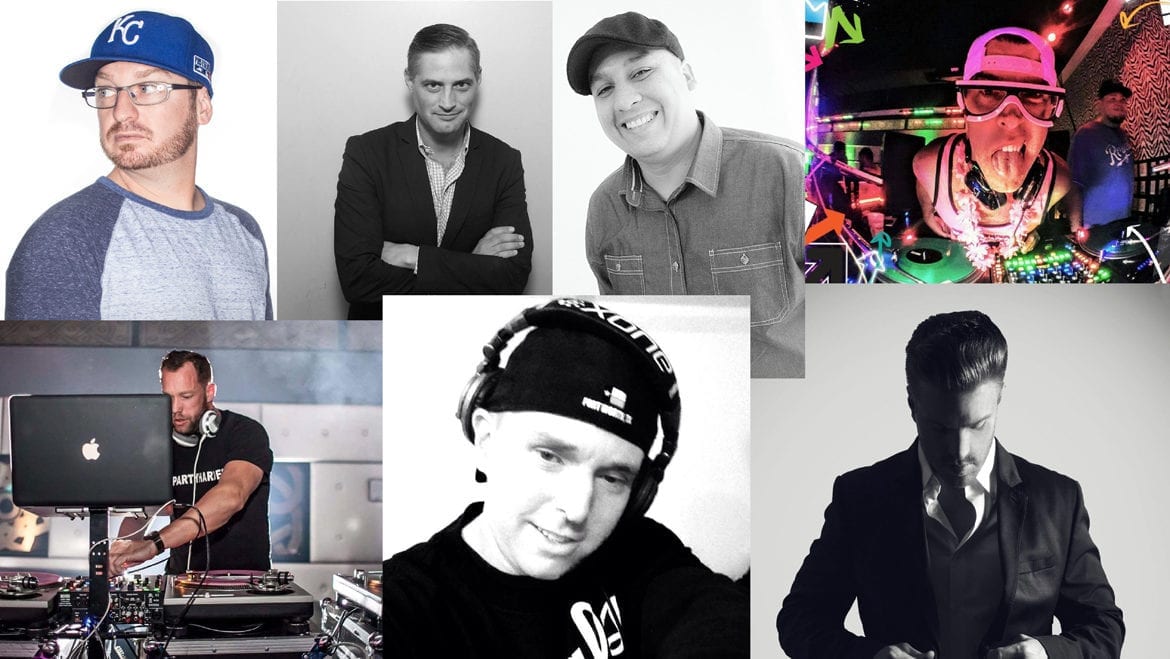 While disc jockeys tend to draw the ire of many music listeners and musicians alike, the fact remains – people love to dance. This keeps DJs in high demand, often pulling in more pay than traditional musicians due to their ability to draw a crowd.

But this weekend, some of the city’s top DJs will band together, play for free and use their combined draw for an altogether different purpose – helping out a friend in need.

Brad Clarrey, aka DJ Brad C, began DJing in Kansas City in 2000. By 2003, he had graduated into the club scene. It was there he met heavy hitters Bill Pile, Mike Scott and Shaun Flo. Clarrey, 20 years old at the time, hustled for gigs and networked with every DJ, club owner and promoter he could. He also made himself an important asset to DJs in the community.

“When I don’t have a gig, I go out and support DJs,” Clarrey said. “If they need help lifting their stuff or packing up their stuff, I’m there. If I don’t have a night where I’m promoting my own gig, I’m helping promote other gigs. I’m always trying to help people.”

And in 2003, just as his hard work began paying off, Clarrey began experiencing shortness of breath. Clarrey later learned that he had a softball-sized mixed cell tumor in his chest. He underwent chemotherapy and a stringent set of treatments. The tumor was ultimately removed, but doctors discovered another sarcoma growth on his clavicle, requiring another surgery.

Clarrey pressed on until 2008, when he learned that he had a number of small, ballpoint pen-sized sarcoma growths in his liver. His doctors estimated that he would have 30 days to live, and instructed him that surgery would not be an option. Not wanting to engage in another round of chemotherapy, Clarrey turned to a regimented alternative medicine approach.

“I do homeopathy, acupuncture, chiropractic care, vitamins and supplements. I get vitamin B12 injections, and I take vitamin C,” Clarrey said.

And the treatment seemed to be working. By 2010, Clarrey’s doctors had declared his body cancer-free. Clarrey continued to DJ and work his day job as a Pharmacy Manager at Wal-Mart, and he was able to pay down most of his medical bills. So much so, that an end to his debt was in sight. The flier for Sunday’s benefit.

Then, in May, Clarrey’s doctors discovered another growth on his pelvic bone. It was another sarcoma, requiring more surgery. That diagnosis set Clarrey back a decade financially.

“All these medical bills add up. It might be a hundred dollars here or there, but they keep adding up,” Clarrey said.

Fellow DJ and classmate from Kansas City, Kansas’ Piper High School, Brandon Noone, aka DJ Highnoone, had been following Clarrey’s progress on Facebook and began planning an event to raise money to help with medical bills. Noone, DJ Ashton Martin and DJ Pure had been throwing a successful Sunday night party at Throwback (510 Westport Rd.) for a number of months, and the venue seemed like a good fit for the benefit.

What began as a small, two-hour gathering, quickly blossomed. Noone originally anticipated having a few DJs play and putting out a box to donate to Clarrey’s cause. But after making a preliminary flier for the event, some the biggest names in the DJ community turned up in spades and offered to help out in any way they could.

“People think of DJs as having big egos and always thinking about themselves,” Noone said. “But there is a great DJ community in Kansas City and I think the reaction shows how much that community cares about its people. Brad didn’t ask us to do this for him. People just wanted to help.”

Clarrey, who recently had surgery for the sarcoma, helped curate the lineup for the benefit. He filled it with DJs close to his heart, and who played an important role in his growth as a DJ. Before Noone knew it, the bill had swelled to 15 DJs and eight hours of sets. And Throwback gave Noone the green light to donate all of the night’s door cover to Clarrey. To top it off, the group also set up a GoFundMe campaign.

DJ Ashton Martin acknowledged the potential for egos – particularly amongst groups of DJs who are typically at odds with one another. But Martin said he feels the goal of the benefit transcends those rivalries.

“There’s always going to be tension. But it doesn’t matter, because all of that can be put aside,” Martin said. “On Sunday, for a good cause for one of our own, we’ll all have a good event together to raise money for Brad.”

The support of his peers gives Clarrey strength and confidence, which he says is important in his ongoing fight.

“I feel really blessed to have all these people play for me – to know that they care about me,” Clarrey said. “It’s important to be positive. I’ve always believed I can beat anything. If you don’t think you’re going to make it, you won’t make it. I’ve always been strong-willed. I guess that’s why I’m still here.”

— Do you know Brad Clarrey or are planning to attend the benefit? If so, share with us by commenting below, emailing pdancalderon@gmail.com, or tweeting us @dansascity.