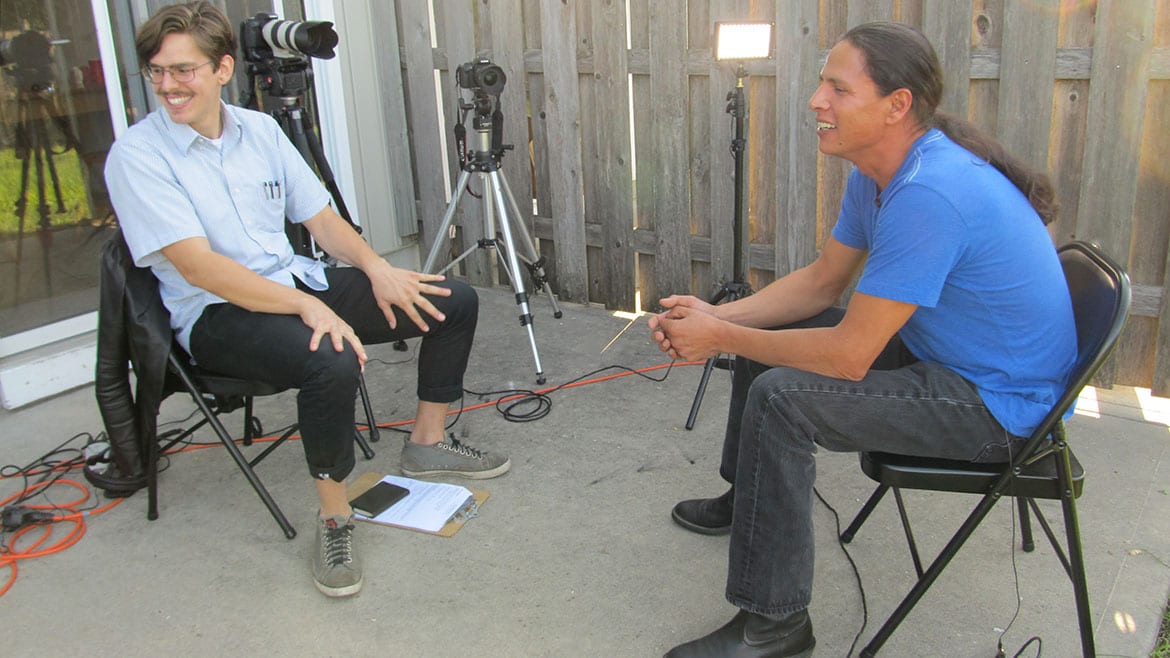 Your Fellow Americans project producer Nathaniel Bozarth (left) reflects on his experience getting to know Bobby (right) and the rest of his Lakota Indian family.
Share this story

So much pain and trouble surrounds her identity that, when our production team at Your Fellow Americans asked her for her name, she cried. Just knowing that someone had approached her, wanting to learn about her and the way she is “different,” she cried — under the weight of what it means to her to be Indian.

As we encountered this emotion, it occurred to me that each tear could represent a racial slur that had been aimed at her, or the repeated reminders that she had been poor when she was a child, or the ongoing yearning for a time that she can’t have anymore; and finally, each tear represented a memorial to her distant relatives who practiced living in a way that achieved survival, even under oppression.

On September 14, 2014, we joined Gaylene Crouser in her parents’ home near Kansas City, Missouri. Among many other family members present were her husband, Scott Crouser, her son, Scotty, her mother, Patti Nelson, and her brother, Robert Nelson.

The family is Indian. Even those that did not grow up Indian are in full support and practice of what it means to be Indian alongside their spouses and are also committed to teaching their children the Indian ways.

When Gaylene presented herself, she said she was a member of the Standing Rock-Sioux Tribe, part of the Sioux Indian Nation. To be Indian, she explains, represents a practice that must be lived out daily.

To understand why, it’s necessary to review the story of Columbus from Gaylene’s point of view. This perspective is shared by various authors and historians including Peter Matthiesen, Edward Abbey and Bear Heart: In 1492, when Christopher Columbus landed on San Salvador, he called the indigenous people he encountered there “Indians.” Unlike what many of us were taught in high school, according to this narrative, Columbus did not name them that because he thought he was in the Indies. He may have thought he was in the Indies anyway, but saying they were Indians was not a reference to geography. Rather, the Spanish derivative of Indian, Indios, actually means “in God.” The Indians were so calm, so spiritual, that it was clear that they sought to be in, or a part of, God.

So, Gaylene and the Crouser family emphasize spiritual connection with their Mother (the earth), their Father (the creator) and their relatives. 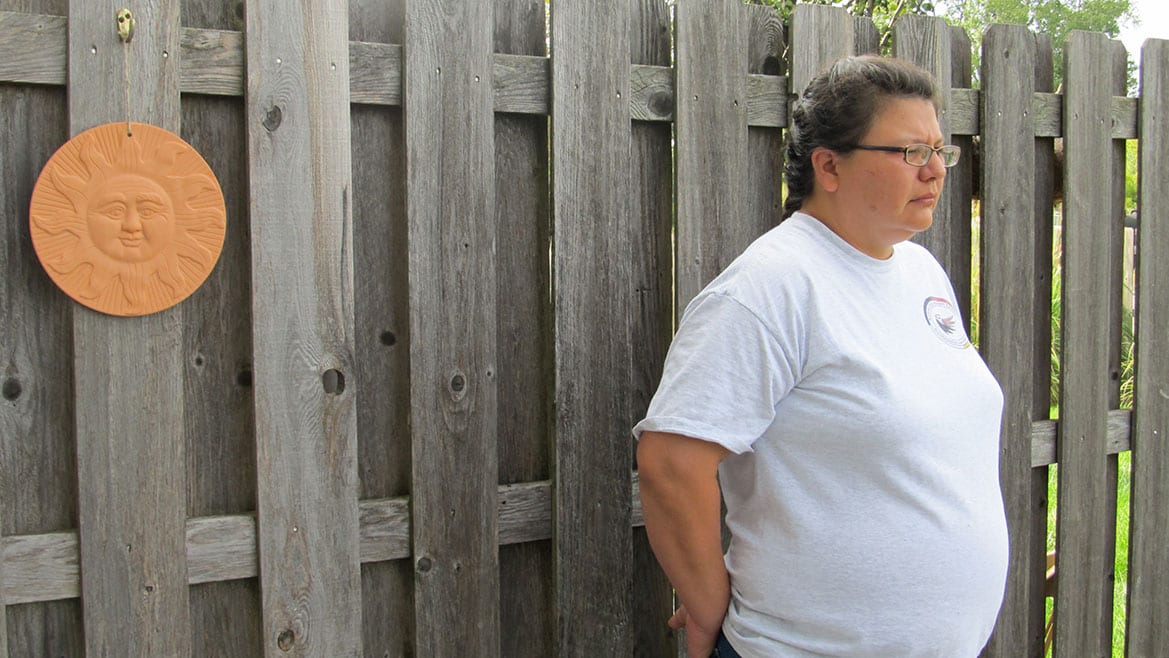 But it’s impossible for Gaylene Crouser to talk about this connection without also talking about how the spirituality of her people has been historically stifled and repressed, dating back to the early days of westward American expansion. Gaylene emotionally outlines the collective Indian “memory” of the government taking Indian children off the reservations that are their homes and transporting them to boarding schools where they would be punished for using their native Indian tongue, let alone practicing their spirituality. She recites the rules by which the government of the United States forbade her and her parents to pray or dance in the ways their ancestors had taught them. These episodes are not merely historical; for Gaylene Crouser, they are real life.

It wasn’t until 1978 that the American Indian Religious Freedom Act illegitimized the suppression of Indian traditions. Gaylene worries that, by then, it was nearly too little, too late because so much of the memory of tradition and spirituality had been forgotten.

As a producer on KCPT’s Your Fellow Americans team, listening to and documenting Gaylene Crouser’s testimony, I found myself shocked. It was like I was encountering an entirely new chapter of American History 101. Was this on my high school’s curriculum at all? Did I hear about the American Indian Religious Freedom Act and simply forget?

In reflection, I think my high school – which, ironically, bears the name of an Indian tribe – did touch on the Act, but only as a passing detail. And now, as it was recalled to me by Gaylene’s emotional testimony, I wondered why there wasn’t a bigger commemoration of this pain and healing in our culture; why there isn’t an American Indian Month in March, for instance, to follow Black History Month in February?

Maybe our culture still can’t bear the weight of so much blood on our hands. Maybe we still doubt that the behavior of our white ancestors was actually all that bad.

But the emotion on Gaylene Crouser’s face and the grace in Bobby Nelson’s voice when he talk about whether he forgives the early European Americans for hurting his people, seem to me proof of real wrong done and real hope for the future.

If we have learned one thing from the YFA families, it’s that it’s from the depths of many struggles that America has come to where it is today. The Your Fellow Americans project is partly about bringing to light the struggles that have been forgotten or ignored; it’s about bringing out new understanding and compassion.

Bobby Nelson asks the operative question when he says, “People are people … but we’re a forgiving people. … If we take care of things now, I think we can do it. What do you think?”

KCPT’s Hale Center for Journalism presents Your Fellow Americans, a documentary web series exploring race, immigration and the American Dream. Join three generations from six different families as they discuss their American experience around the dinner table. Watch episodes, go behind the scenes and join the conversation at kcpt.org/yourfellowamericans.