Musicians Getting Down with the People 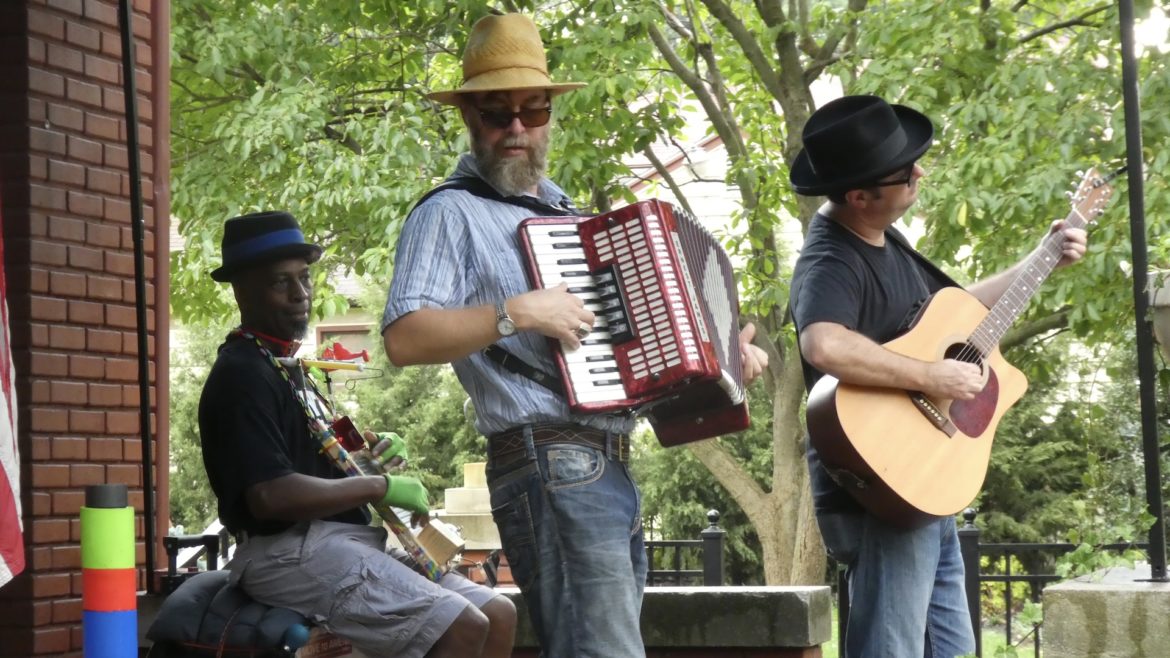 More than 150 artists will perform across more than 50 midtown porches on Saturday. (Courtesy | Porchfest KC)
Share this story

Midtown will make Martha and the Vandellas proud this weekend, as The Original Porchfest KC returns to the heart of the metro.

The local music fest is back for a fifth time following a brief 2018 hiatus, and it’s bigger than ever. More than 150 artists will play from more than 50 front porches across midtown’s Roanoke, Union Hill and Longfellow neighborhoods — the perfect recipe for a little “Dancing in the Streets”.

Or, at least, on sidewalks and front yards, according to Porchfest organizer Kathryn Golden.

Golden dreamed up Porchfest KC back in 2014, after she moved from San Francisco to the West Plaza with Napa’s version of the festival in mind. Not long after, the Bay Area-inspired idea connected with midtown neighborhood associations and residents, the music came and a crowd followed.

“It resonates with people because it’s putting something in a space that’s not traditionally its space,” says Golden, who took a year off to get a little home improvement done and do some traveling. “It was something that no one had heard of before, so it felt like almost all of my experience was spent selling people on the idea that it’s OK for people to come stand in your yard and listen to people play music. Nothing bad is going to happen.”

If anything put midtown’s residents on alert, it was the Porchfest-less fall of 2018. Golden’s project has gained popularity and become a bit of a midtown tradition since its conception. In 2017, thousands flocked to the area to hear local music in the unlikely setting. Now, in preparation for the festival’s return and largest bill to date, Golden can feel the excitement.

“When you say that you’re going to take a year off some people take it as never doing it again. People’s reactions were more in line with ‘Oh that was great while it lasted.’ But I genuinely did mean that I was going to take a year off,” she says. “So when I announced that it was coming back, there were a lot of people who were super excited about that, which certainly fed the enthusiasm that there really is an appetite for this.”

So, Golden’s dedicated months to nailing the fifth Porchfest — coordinating volunteers and scheduling artists into hour-long sets on the porches of Midtown residents who are willing to convert their front doorstep into some version of The Fillmore. She does it all by hand, laying out notecards into miniature mock neighborhoods of music, with the help of Google Maps.

Then there’s the shuttles, the bike- and scooter-share systems and the perfectly placed food trucks.

“It’s exciting — you don’t know what you are going to get. I expect it to be as it has been the last couple of years, just really fun,” Golden says, adding that the festival is, most simply, a way to discover new music.

“We are definitely looking forward to Porchfest when it comes to getting the chance to play in front of some new people,” says the band’s guitarist Chase Novick. “There’s going to definitely be something special (in the set) for Porchfest.”

Novick expects Doglava’s 3 p.m. Porchfest debut in the heart of Union Hill to be one of the band’s largest gigs to date, and he isn’t the only one with high hopes heading into Saturday.

Just to the east is the Longfellow neighborhood. There, Nathan Lewis is preparing to host porch music for the first time, as the festival has expanded into his neck of the woods. Lewis has played the festival a handful of times with his band Timbers and says Golden’s gig hits the live music experience right on the head.

“It’s just like nothing else, because even an outdoor show has this stage and almost an invisible line in a way between you and the audience,” Lewis says.

“You feel like you are experiencing the moment together, as opposed to putting this forward-facing performance out at you. It feels like you’re all part of it, enjoying it together as a group.”

Click here for a full Porchfest KC map, schedule and more about the festival.