A new twist in the debate over public art at Kansas City International Airport emerged at Monday’s meeting of the Municipal Art Commission (MAC).

James Martin, the city’s new public art administrator, submitted a proposal to have five Kansas City-based artists help create a public art master plan for the new single terminal under development at KCI. The $1.5 billion project, which includes a new garage, is slated for completion in 2023.

Martin said the five project advisory artists would be chosen by a selection panel through an open call. He said the panel would consist of perhaps eight people who are involved in area arts organizations. Martin said he had not yet reached out to potential panel members, because he first wanted to discuss the matter with MAC members. 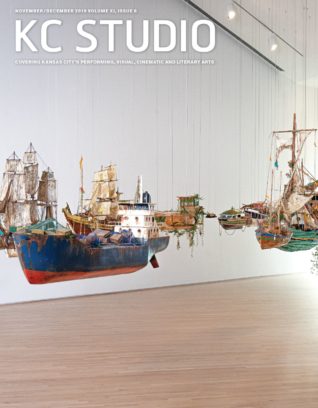 The project advisory artists would not be eligible to do public art for the airport project.

The proposal was a joint recommendation by Martin and Kansas City Director of Aviation Patrick Klein. It follows an earlier proposal by MAC, submitted in September, that the City Council pass a resolution to fund a public art curatorial consultant to lead and implement the city’s vision for public art at KCI. That proposal, which called for using One Percent for Art Funds to pay for the consultant, never made it to the full council for a vote.

“We wanted to come up with another solution,” Klein said. “If we wait, there will only be time for pop-up art.”

Martin said “it’s critical to get some opportunity for artistic impact before the end of design-build and we’re into construction costs.”

Under the new proposal, the work of the five project advisory artists would be funded by the city’s aviation department.

“I think there’s something dubious about the process,” Dowell said. “It sets a terrible precedent for public art. Why are we taking this intermittent step? Why don’t we just get on with hiring artists to do the actual work?”

In response, Martin said “that path does not allow for civic engagement.”

Dowell also disagreed with the stipulation that all five of the project advisory artists be based in Kansas City, saying that artists from throughout the United States should be eligible.

Jack Holland, who took a seat on the commission after his recent appointment as president of the Kansas City Parks & Recreation Board of Commissioners, said MAC “should have been involved in this process a year ago.”

Holland said he could support the latest proposal if two MAC members were included on the panel that chooses the project advisory artists.

MAC Chairperson Kathy Achelpohl said she wanted to learn more details about the plan from a representative of Community Arts International, the proposed public art consultant.

MAC members asked for an opportunity to hear from a representative of Community Arts International at a special meeting before taking action on the proposal.

“How are we going to ensure that a curatorial vision is established for KCI?” Achelpohl said. “What’s the process to do that? The commission would like assurances that the process that’s going to be taking place meets best practices for public art for a project of this scope, scale and complexity.”

The special meeting will be held as soon as possible, Achelpohl said. “There’s a sense of urgency to get moving.”