Just when Gary Jenkins thought he was done making documentaries about Kansas City gangster history – the subject pulled him back in. 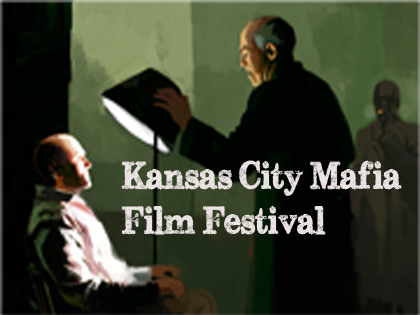 The 2021 Kansas City Mafia Film Festival runs from Friday, Nov. 19, through Sunday, Nov. 21, at Musical Theater Heritage in Crown Center. For information regarding tickets and showtimes, go to the MTH website to buy tickets.

“I was just going to do a short little film,” said Jenkins, a retired Kansas City police officer.

“We think we know about the Tom Pendergast era – the voter fraud, the gambling, the mob. But when you really get down to the details of how that voter fraud worked, that’s what really hooked me. There were some stories I didn’t know.

The principal story in “Ballot Theft” is the 1947 blowing of a courthouse safe, making possible the theft of dodgy ballots and contributing to the collapse of a planned vote fraud investigation.

Local author Patrick Fasl, in his 2018 book “John the Yegg: The 1947 Ballot Theft from the Jackson County Courthouse,” unpacked that story in unseemly detail.

The incident had long remained one of Kansas City crime history’s unsolved mysteries. Yet, through multiple Freedom of Information Act requests, Fasl uncovered a confession to the job by a known safecracker – or a “yegg,” in underworld parlance.

Just like it would with Jenkins, the story gripped Fasl, who for 33 years served as a police officer on the University of Missouri-Kansas City campus and was a longtime student of Kansas City criminal history.

“At one point I started wondering: ‘Did anybody ever get prosecuted for that ballot theft?’ ” Fasl said recently.

He set out to learn why not. What he learned makes up “Ballot Theft,” narrated by local sports talk show host Steven St. John.

Rendering the story all the more remarkable was how it arguably began with a letter from the president of the United States.

The Kansas City Star then deployed two reporters to smoke out evidence of irregularities.

The investigation detailed how many voters appeared to have been defrauded. The Jackson County prosecutor soon convened a grand jury, which returned 81 indictments.

Prosecutors impounded suspect ballots, storing them in a safe kept in the basement of the Jackson County Courthouse in Kansas City. But on the night of May 28, 1947, somebody blew open the safe’s doors and took much of the evidence.

Fasl, through his FOIA requests, obtained a 1948 prison confession by noted safecracker John Murray Gould. He told investigators he had been instructed to blow open the safe by Charles Binaggio, another Kansas City machine boss.

Gould related how a county deputy had let him into the courthouse and how he had used nitroglycerin, an active ingredient in explosives manufacture, to blow open the safe door.

Notably, in the same interview Gould retracted his own story.

But that was unconvincing, said Fasl. In his confession Gould had named specific associates who accompanied him that night.

“These were major league criminals,” Fasl said. Those names, he added, gave Gould’s account the ring of truth.

“This had been too important a job to trust with just anybody.”

Fasl believes Binaggio, sensing the Pendergast machine’s waning fortunes, had been working to expand his own influence across Missouri.

Turning out large majorities on behalf of Enos Axtell, Fasl said, may have been part of those efforts.

The blowing of the safe and the subsequent uproar contributed to the establishment of the Kefauver Committee, which held hearings on organized crime in many cities across the country, including Kansas City, in the early 1950s.

That led, Fasl believes, to at least one ironic twist.

During those hearings, Fasl said, James Pendergast had insisted to investigators that his political operation had not been involved in fraud during the 1946 primary.

Fasl believes that to be the truth.

During elections 10 years before, Pendergast machine operatives had turned out majorities so outsized that a federal grand jury, convened within weeks, ultimately indicted 278 individuals. Throughout 1937 and 1938, juries brought in guilty verdicts against 259 of them.

The Pendergast machine, Fasl said, had paid for their associates’ legal representation.

“That had cost the Pendergast machine a bunch of money,” Fasl said.

“Part of how they paid for that was increasing the lug on the gambling establishments they operated in Kansas City.”

The “lug” represented a tax the Pendergast machine imposed on their associates, Fasl said. To pay legal fees following the 1936 election, that lug had doubled from 20% to more than 40%.

But while James Pendergast was careful in 1946, Binaggio was not.

Ulimately Binaggio’s schemes ended with his April 1950 assassination, with associate Charles Gargotta, inside the offices of the First Ward Democratic Club – located on Truman Road in Kansas City.

Front page photographs in the newspaper documented the dead, including Gargotta’s body on the office floor beneath a large portrait of President Truman.

It was quite a story

Another great story, Jenkins said, involved a Kansas City woman who believed her vote was stolen from her in 1946 and testified about it in federal court.

“We do have the Estella Carter story, the greatest Kansas City vote fraud story ever, if you ask me,” Jenkins said.

“How that story remained buried all these years I don’t know.”

Not long before the polls closed in the Aug. 6, 1946, primary, Carter arrived at her polling station.

A man approached her.

Carter protested. In response the man held out several dollar bills and told her to go buy a beer.

She was insulted, and didn’t forget.

Carter told her story to the two Kansas City Star reporters. In 1947 the Jackson County prosecutor enlisted a grand jury to look into the newspaper’s reporting. Among those indicted was a machine operative named Morris “Snag” Klein.

In September 1947, Carter testified in Kansas City federal court, detailing how Klein had insisted she had already voted.

“I told him I had been deprived of my privilege of casting my own vote,” Carter said.

About two months before Carter testified, a woman named Mary Bono had been killed by a shotgun blast while she was standing outside her fruit stand at 9th Street and Brooklyn Avenue.

According to “Ballot Theft,” Bono had been speaking to federal investigators about what she could tell them about the courthouse safe, in exchange for perhaps freeing her husband, then serving time in Leavenworth penitentiary.

“Estella Carter could have been shot,” he said. “She could be seen in today’s light as another Rosa Parks, just for standing up for her right  to vote and protecting her vote’s integrity.”

Yet, despite Clark’s courage, she became a forgotten footnote to many, in part because a report prepared for federal judges had not included her.

“I read every page I could find on the ballot theft,” Fasl said. “But not everyone did at the time.”

“The Estella Carter story was not included in the distilled version,” Fasl said.

Although Carter died in 1988, Fasl tracked down Carter’s granddaughter and invited her to the 2018 dedication of the Monument to Freedom, Justice & Courage, where Carter’s name – nominated by Fasl – had been placed on a plaque at Leon Jordan Memorial Park.

Today her name is listed with others such as Rev. Emanuel Cleaver II, the first Black mayor of Kansas City; Lucile Bluford, reporter and editor for The Call of Kansas City, and many others.

One mystery from the 1946 primary was why President Truman had wanted to see a fellow Democrat defeated.

One reason, according to “Ballot Theft,” was that Slaughter did not support Truman’s civil rights efforts. Those included, after World War II, Truman’s wish to see the Fair Employment Practices Committee (FEPC) – established in 1941 by President Franklin Roosevelt to help prevent discrimination against African Americans in defense and government jobs – made permanent.

“But Roger Slaughter was aligned with the Dixiecrats,” Jenkins said. A member of the House Rules Committee, Slaughter was not sympathetic to a permanent FEPC, Jenkins added.

In July 1948, he issued Executive Order 9981, initiating the integration of the U.S. armed forces. The Black vote was an important factor in Truman’s upset victory over Republican nominee Thomas Dewey that November.

Divining the inner motivations of the historical figures in his documentaries, Jenkins said, also was part of his job description during his law enforcement career.

A veteran of 14 years served in the Kansas City Police Department’s organized crime intelligence unit, he today brings a perspective to his documentaries that not all filmmakers possess.

“I worked intelligence most of my career,” Jenkins said.

‘Not only would we look at what criminals did, but also why they did it – and what they expected to gain with their little Machiavellian plans.”

Flatland contributor Brian Burnes is a Kansas City area writer and author. He is serving as president of the Jackson County Historical Society.