Kansas City Remembers How it Feels to Win the World Series

Compared to the Wait in Washington D.C., it Wasn’t So Long in K.C. 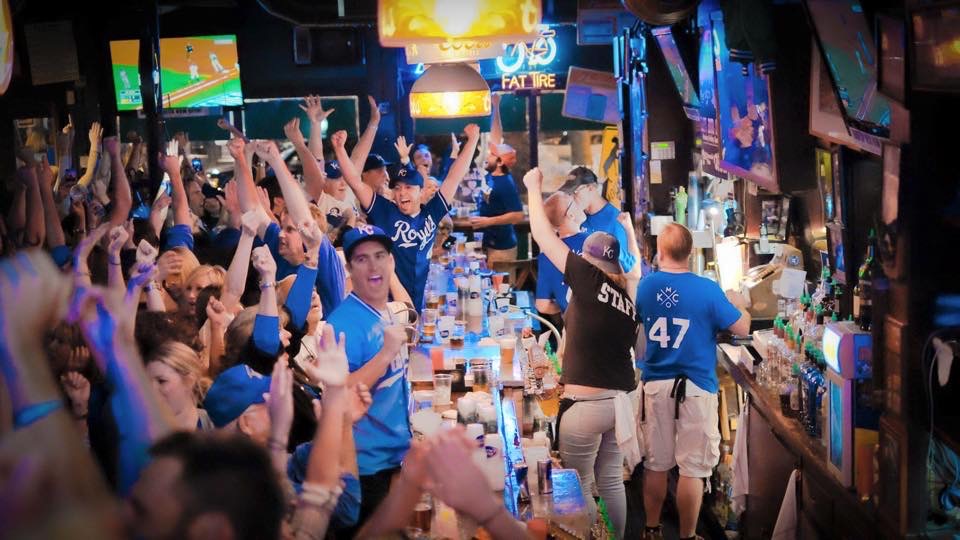 For the first time in franchise history, the Washington Nationals are world champions.

“The Nats” this week took back-to-back games facing elimination on the road to defeat the Houston Astros and win the 115th World Series. The crown was a long time coming for Washington D.C., which hadn’t won a World Series since the old Washington Senators did in 1924.

In that context, Kansas City’s 30-year-wait for its 2015 championship doesn’t seem as bad as it once felt in these parts. Even so, the unbridled joy in D.C. inspired some local folks to take a quick trip down memory lane to when the Royals were crowned.

Manager Ned Yost’s back-to-back American League champs won on the road in a thrilling Game 5 highlighted by Eric Hosmer’s mad dash home from third base to send the game into extra innings. When unhittable closer Wade Davis took the mound in the bottom of the 12th inning, one of Kansas City’s oldest party spots was primed, thanks to years of St. Patrick’s Day celebrations.

Kyle Kelly, Co-Owner Kelly’s Westport Inn: “I was working our deck bar and everyone was of course glued to the set. Every pitch there’s a roar or a moan. It was just so gut-wrenching, but they put them away and it was like, ‘I can’t believe this happened.’ Everyone cleared out of the bar, then I said, ‘Get ready, because in 10 minutes or 30 minutes they are going to come back in when the hooting and hollering is over with.’ And that’s what happened. It just seemed pretty ordained. Getting back in the World Series after losing in seven [games] to the Giants, it just felt like they’d earned their stripes, you know? They’d been through this. They were 90 feet away from tying it up in 2014. They were pretty much the team of destiny.”

Over at the Briarcliff McCrite Plaza Senior Living Community, residents gathered for a Game 5 watch party of their own — at least some of the residents.

Joe Carter, 91: “One of the problems was a bunch of people would be talking over here and those watching over here couldn’t hear, so I was like, ‘the heck with it’ and went to my room.”

Mary Lou Kennedy, 86: “Kansas City is considered kind of a low dog, so that proved that we are top dogs, top dogs.”

Kathryn Smith, 80: “Well, you know, I was hopeful. I’m always hopeful. I thought they had a little more experience and it wasn’t quite as much of a shock that they were there because they had been before. I was extremely disappointed that they didn’t win, but I thought, there’s always next year… I was really excited that there were that many young people excited about it because baseball has not been a sport that people had followed that much until they started winning.”

When Joe Buck’s strike-three call came over the FOX broadcast 40 miles west in Lawrence, the young people were certainly excited. Just a few months into her time on campus, a University Daily Kansan freshman photo correspondent was in for her most exciting assignment yet.

Kelcie Matousek, Photographer: “I was in the newsroom working that night, which I normally don’t do. My photo editor, when it looked like we were going to win, sent me down [to Massachusetts Street] to take photos. I saw this crowd of people, just hundreds of people running down the street, so I pulled over and that’s where I went… They were cheering, chanting, kind of just going nuts. People had obviously been at the bars. They were waving flags around and all together just celebrating and being raucous.”

The scene was much more subdued in the living room of Kathy Nelson, president & CEO of Kansas City Sports Commission. She watched the game at home by herself, ready to answer a call from the Mayor Sly James or correspond with the Kansas City Police Department. There was a parade in the making, and unlike 2014, five weeks of meticulous planning would come to fruition. A late-night news release went out. Thirty years after she tossed ticker tape from her mom’s office window in the Western Auto building while her dad anchored her feet, it was time for Nelson’s own parade.

Kathy Nelson, Parade Organizer: “We thought we knew what size crowd to expect. We had no idea what actually would happen. I was facing north on Main and my daughter Hannah looks behind me, looking up the hill on Main at the crowd and she said, ‘Mom, I can’t wait for you to plan my wedding.’ I turned and saw the picture that everyone has now at their home or in their office and got very emotional.”

Nelson’s team planned for about 250,000 parade attendees. When she heard local schools were calling it a day off, it was anyone’s guess how many people would show up. An estimated 800,000 people packed the parade route and gathered outside of Union Station. After consulting other championship cities, tweaking the 2014 parade route that never was, and watching scoreboards nightly, Nelson pulled off the biggest party her city had ever seen — all with a bit of her dad’s ashes in her pocket.

Somewhere in the sea of blue was now-Royals photographer Sam Lutz. He snapped a photo of a fan waving a Royals flag and posted it to his Instagram with the caption: November 3rd, 2015 was the best version of Kansas City I’ve ever experienced.﻿

Sam Lutz, Photographer: “It was hard to take a bad photo that day. Shooting moments like the parade are why people do photography. Often times, the best photos come from the reaction and not the action. The entire parade was all reaction. No one could believe it was real, but it was.”

And now Washington D.C. gets to revel in the joy Kansas City felt, not so long ago.