KC Celebrates Charlie ‘Bird’ Parker on the Centennial of His Birth 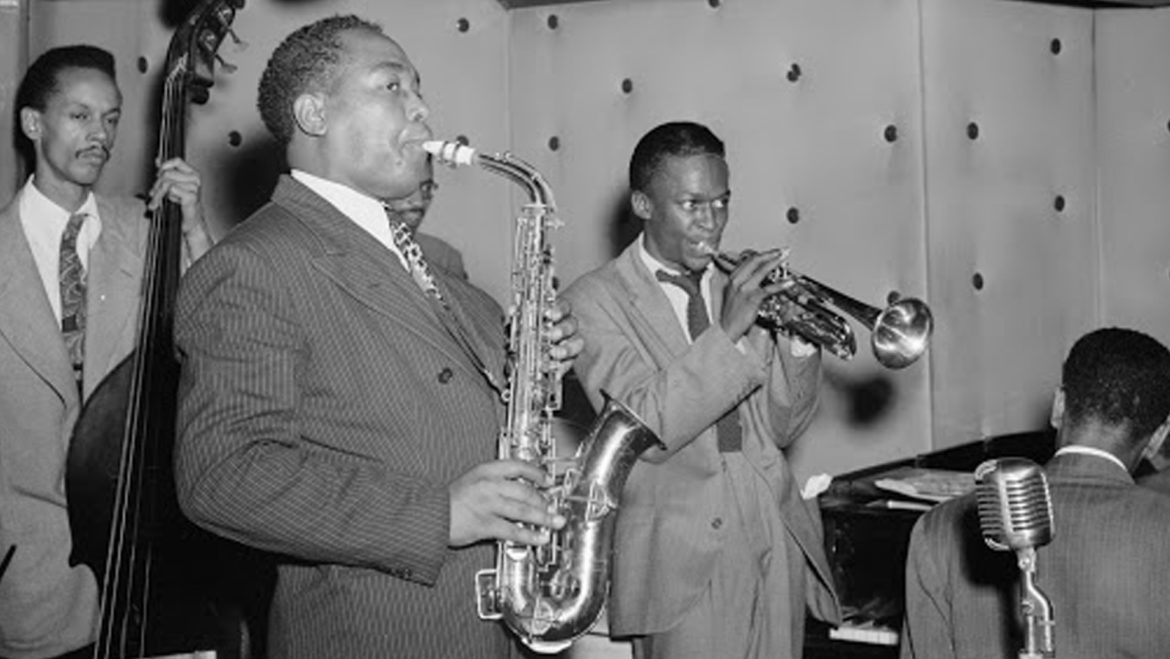 A clap of thunder heralded the passing of Charlie “Bird” Parker.  Baroness Pannonica de Koenigswarter, who gave Parker refuge and comfort during his final days in her suite in the Hotel Stanhope on 5th Avenue in New York, recalled: “At the moment of his going, there was a tremendous clap of thunder.  I didn’t think about it at the time, but I’ve thought about it often since; how strange it was.”  One musician speculated that Parker disintegrated into “pure sound.”

Charlie Parker had lived life to its fullest.  Robert Reisner, a friend of Parker and author of “Bird: The Legend of Charlie Parker,” observed: “Charlie Parker, in the brief span of his life, crowded more living into it than any other human being.  He was a man of tremendous physical appetites…No one had such a love of life, and no one tried harder to kill himself…”  Dr. Richard Freymann, the attendant physician during Parker’s final days at the Stanhope Hotel, judged him 53 years old.  He was 34 at the time of his death. 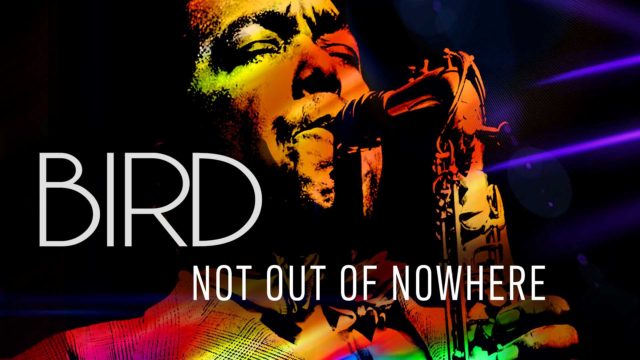 As the world celebrates the centennial of Charlie “Bird” Parker’s birth, Kansas City PBS presents a film looking back at the 21 years he spent at home in Kansas City and his long-lasting impression on jazz. “Bird: Not Out of Nowhere” premieres Saturday at 7 p.m. on Kansas City PBS.

Parker’s early death came as no surprise to those who knew him well.  After becoming hooked on heroin at the age of 16, he struggled with drug addiction, alcohol abuse and mental illness for the rest of his life.  Over the years, his massive consumption of alcohol and drugs ravaged his already fragile physical and mental health.

Nevertheless, during his short life, Parker changed the course of music.  Like Louis Armstrong, Duke Ellington, Miles Davis and John Coltrane, he was a pioneering composer and improviser who ushered in a new era of jazz and influenced subsequent generations of musicians, writers and artists.

In 1936, Parker sat in at a jam session at the legendary Reno Club and musically faltered while soloing on “Honeysuckle Rose.”  Drummer Jo Jones showed his displeasure by tossing his cymbal at Parker’s feet. After being laughed off the stage, Parker vowed to never be caught off guard at a jam session again.  He spent the next summer playing at a resort in the Lake of the Ozarks, 150 miles southeast of Kansas City.  In his off hours, Parker practiced diligently, learning all the chord changes and inversions.  By all reports, he returned to Kansas City a musically changed man.

After passing through the ranks of the Buster Smith and Harlan Leonard bands, Parker joined a young, up-and-coming band led by pianist Jay McShann.  The genial McShann gave the undisciplined Parker the freedom to blossom musically and personally.  In April 1941, the band recorded for the Decca label in Dallas, Texas.  Charlie’s 12 bar solo on “Hootie Blues” astounded musicians and fans alike.

In 1942, Parker moved to New York with the McShann band, where they opened at the Savoy Ballroom in Harlem.  Parker became a star soloist at the Savoy.  Nightly broadcasts from the Savoy attracted a throng of young musicians who crowded the stage to hear Parker in person.  After hours, Parker, Dizzy Gillespie and other modernists pioneered bebop — a revolution in jazz. 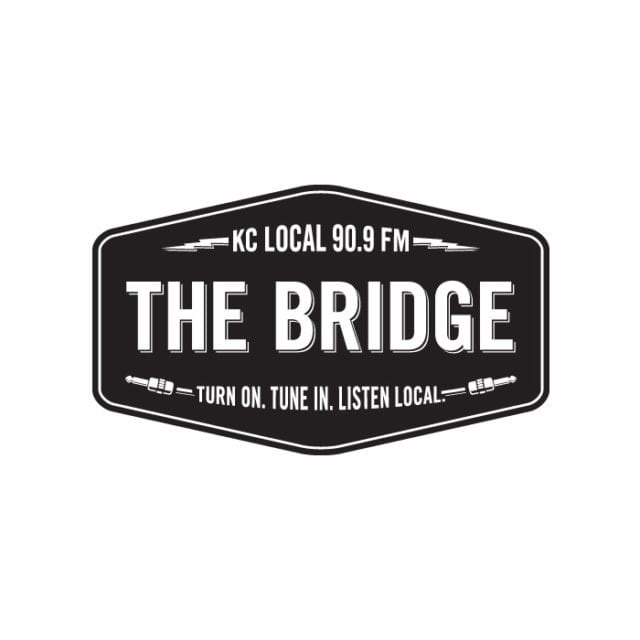 After working together in the bands of Earl Hines and Billie Eckstine, Parker and Gillespie formed a small group that introduced bebop to the West Coast.  While in Los Angeles, Parker suffered the first of several nervous breakdowns and was confined to the State Mental Hospital in Camarillo.

After his release from Camarillo, he returned to New York and formed his own group featuring young Miles Davis.  During the early 1950s, he received numerous awards and accolades from the press.  He toured extensively and recorded for a number of labels.

Beginning in 1954, Parker’s life entered a downward spiral.  He was often homeless in New York, relying on the generosity of friends and strangers to get by.  His excessive use of alcohol and heroin took a toll on his health.   Parker passed in Baroness Pannonica de Koenigswarter’s suite in the Stanhope Hotel on March 12, 1955.

After Parker’s death, Poet Ted Joans led a group of assorted hipsters, writers and painters who immortalized Parker by scrawling the simple epitaph BIRD LIVES! in chalk and pencil on fences and walls across Greenwich Village.

Joans and company’s celebration of Parker proved to be prophetic.  Bursting with fresh ideas and virtuosity, Parker’s solos and compositions have inspired musicians and composers across a broad spectrum of music, ranging from Moondog, a contemporary composer and street musician, to the rock group the Red Hot Chili Peppers.

Parker’s brilliance and charisma also inspired dancers, poets, writers, filmmakers and visual artists.  Jack Kerouac emulated Parker’s improvisational style in his poem “Mexico City Blues.”  Clint Eastwood paid homage to Parker’s tortured genius with his film “Bird.”  In 1984, the Alvin Ailey Dance Company celebrated Parker with “For ‘Bird’ With Love.”  Artist Jean-Michel Basquiat honored Parker with many artworks including “Charles the First.”   In 2015, an opera based on his life “Charlie Parker’s YARDBIRD” made its debut at the Kimmel Center in Philadelphia.  Parker’s vast influence continues today with hip-hop artists and other kindred musical spirits sampling his music, confirming that BIRD LIVES!

Chuck Haddix is the curator of the Marr Sound Archives, a collection of more than 400,000 historic sound recordings housed at the University of Missouri–Kansas City. He also is the author of “Bird: The Life and Music of Charlie Parker” and host of the “Fish Fry” Friday and Saturday nights on KCUR-FM.

This essay is an extended version of the first informational panel presented in a special exhibit now open at the American Jazz Museum. Saxophone Surpreme: The Life & Music of Charlie Parker is co-curated by the American Jazz Museum, Chuck Haddix of UMKC Libraries and the La Budde Special Collections. The exhibit runs through Dec. 31, 2020.

Getting Nimble With Great Musicals

Dancing From Stage to Film