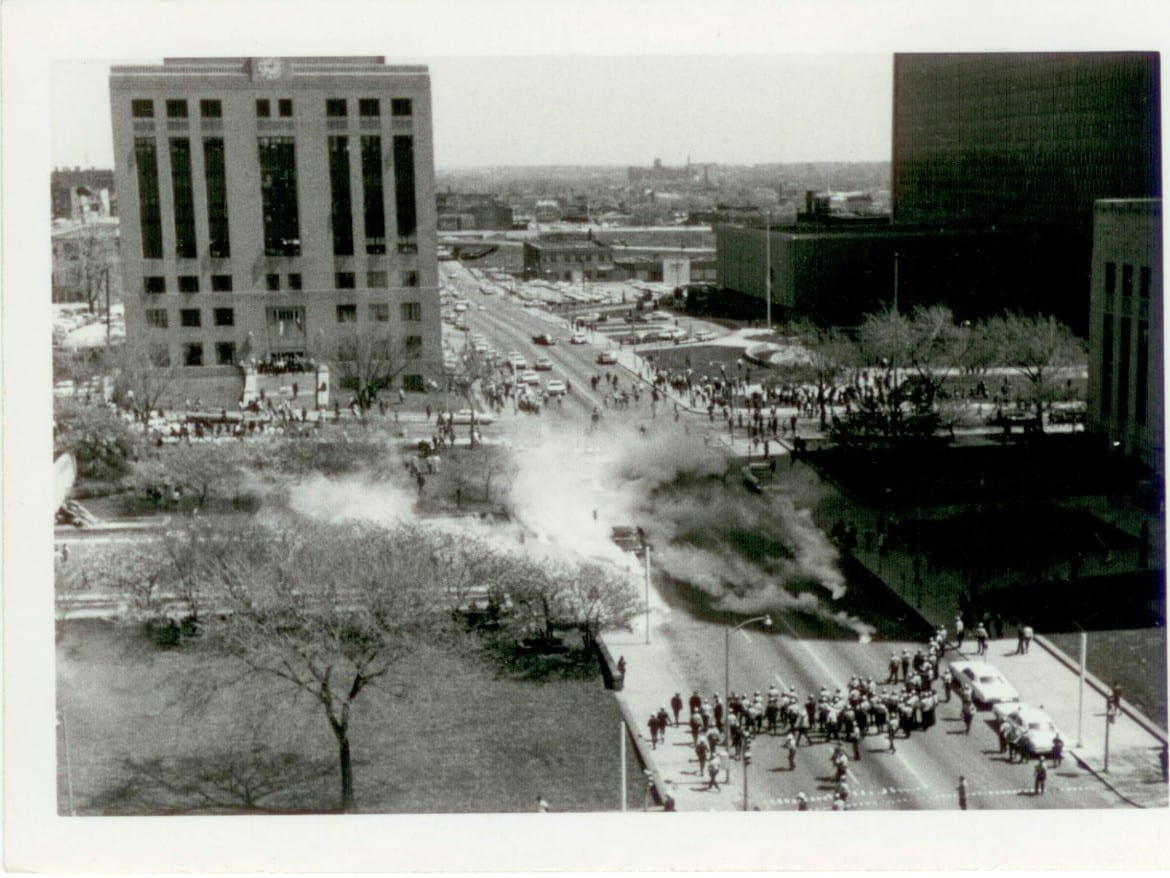 During a routine inspection of donated filing cabinets, a warehouse worker at Kansas City’s Surplus Exchange made a surprisingly timely discovery: around 24 photos of the April 9, 1968, protest at KCMO’s City Hall following the assassination of Martin Luther King Jr.

According to an article on the Kansas City Public Library’s website, this largely peaceful protest involved 200–300 young black men. They gathered at city hall to demand that school be cancelled to honor the day of King’s funeral. The mayor at the time, Ilus Davis, joined protests, but this did not stop police from firing tear gas.

Flatland spoke with David Ready from Surplus Exchange about the photographs.

“The person who took them, they took them, got them developed and just stuck them in that filing cabinet and never looked at them again,” he said. “They’re in great condition.”

In the photos, you can see the police lines and clouds of tear gas in front of city hall.

“We don’t often find really significant historical stuff,” he said. “Sometimes older documents, like purchase orders…. Nothing on this level.”

Ready said that Surplus Exchange plans to donate the photos to the Missouri Valley Room at the library.

With activists across the United States engaged in May Day protests, and six Baltimore police facing criminal charges in the death of Freddie Gray, this discovery feels significantly timely.

“It put things in historical context with what’s going on right now,” Ready said. “How things have changed and have not changed.”

— While this post published in 2015, it was updated in 2018 to reflect a new agreed-upon number of casualties. Experts now generally agree six people, not seven, died as a result of the riots.

The 10 (OK, 12) Most Significant Chiefs Games of All Time

Where Do You Think They Rank?

Prepping for the Chiefs