Igniting a conversation, on domestic violence 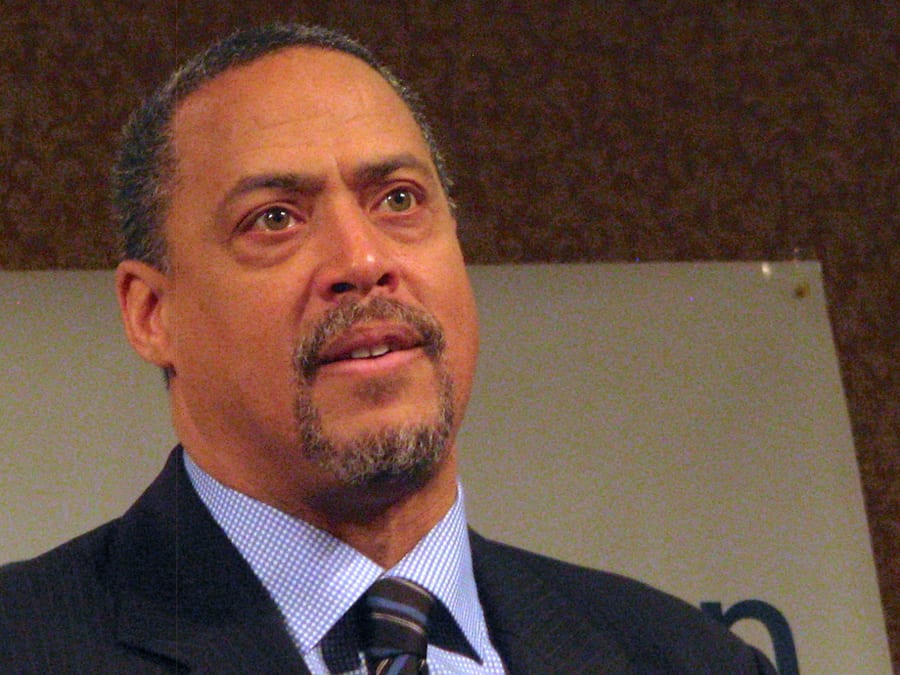 Last year, more than 25,000 women and children spent time in one of the 29 domestic violence shelters in Kansas. A few men did as well.

“These are just the ones we know about,” said Joyce Grover, executive director of the Kansas Coalition Against Sexual and Domestic Violence.

Between 2009 and 2013, law enforcement officials in Kansas investigated nearly 96,000 reports of domestic violence, resulting in 68,000 arrests.

The best way to bring these numbers down, Grover said, is to “stop it before it starts.” And the best way to do that, she said, is to get people talking about changing the long-unchallenged “beliefs, attitudes and behaviors” that condone — or don’t do enough to condemn — violent relationships.

“The big picture we’re all aiming for here is for a world without intimate partner violence,” Grover said Tuesday at the start of a two-day conference in Topeka titled “Reweaving Our Social Fabric: Engaging to Prevent Sexual and Domestic Violence.”

Don McPherson, a 1987 consensus All-American quarterback at Syracuse University who later played in the National Football League and Canadian Football League, gave one of the conference’s keynote addresses.

Now an advocate and educator, McPherson, too, encouraged those in the audience to have public discussions aimed at dissecting the root causes of domestic violence.

“We don’t raise boys to be men,” he said. “We raise them not to be women, and in that process we raise them in a very narrow way in how they see themselves, how they come to understand who they are and how they come to see women as ‘less than.’ That’s an attitude that not only leads to violence against women but also to our collective silence about it.”

Similarly, McPherson said the worst thing a coach can say to a boy is “You throw like a girl” or “You run like a girl.” He also said that adults should stop using the adage, “Boys will be boys.”

The best way to bring these numbers down, Grover said, is to “stop it before it starts.”

Concerning the NFL’s response to Baltimore Ravens running back Ray Rice’s assault of Janay Palmer, his then-girlfriend and now his wife, McPherson said, “I hope that at some point, as a culture and as a society and as a nation, we get to ask the question: Why do we idolize and lionize men in professional sport who are part of a culture of abuse? And at some point, we have to ask why the NFL continues to give us this product when we know these are not necessarily good people.”

He questioned the media’s stories on why Palmer remained with Rice after he knocked her unconscious in a hotel elevator. “Why didn’t anyone ask why Ray Rice remained in that relationship?” McPherson said. “Think about it. What kind of man would want to stay with someone he’s spit on, someone he assaulted on a public elevator? What does that say about him?”

He welcomed President Obama’s appearance in a video shown Sunday during the Grammy Awards that condemned domestic violence. But the nation’s music industry, he said, has done little to lessen its promotion of “misogamy, sexism and violence against women.”

“I hope that at some point, as a culture and as a society and as a nation, we get to ask the question: Why do we idolize and lionize men in professional sport who are part of a culture of abuse?”

“The biggest thing that people don’t understand, I think, is how pervasive it is,” Patzner said. “This isn’t just about abusive marriages or how many people get arrested or how many people we see (at the shelter). It’s cultural, it’s bullying, it’s about how we get along with others.”

“I tell people we just did an expansion – we bought two blow-up mattresses,” she said. “When we need them, which is a lot of the time, we use them.”

Grover encouraged any civic group or organization interested in hosting a conversation on domestic violence issues to contact the shelter in their region.