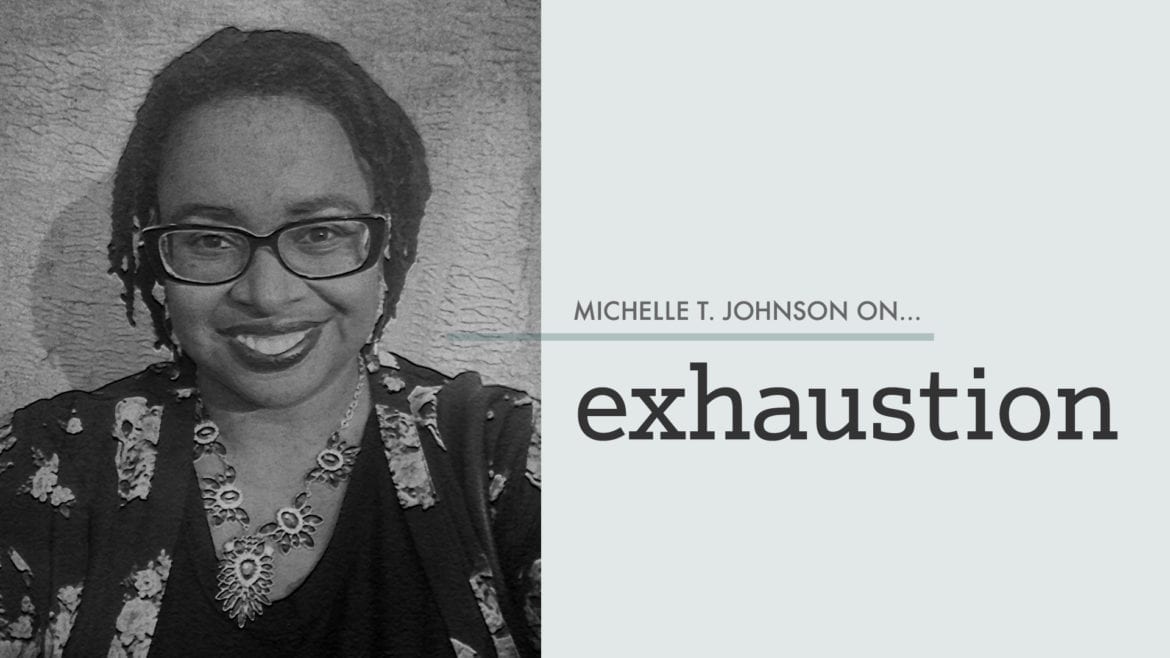 Unless you often enter a space where you need to do an instinctive assessment of your environment based on race, you may not get why I’m so tired.

This past weekend, between errands in another part of town, I spent a couple of hours knitting in a coffee shop. It was a hopping place. But for the entire time I was there, I was the only black person who came in or out.

Being the only person of a color in a white-dominated space is not new to me. Unless I don’t leave my house that day, that’s pretty much a daily occurrence.

Noticing the racial ratio wasn’t new to me, either. However, the heightened level of discomfort I experienced in the space this past weekend was.

Because now, more than ever, I don’t have enough markers to know how and where a bigot will show up, and who will have my back in a public space if there is a problem.

More specifically, the increase in the narratives that keep repositioning racism as something fringe-like and removed from daily existence while some of us have to worry about it every time we leave home.

Between the actual White Supremacists, the intellectual, First Amendment sympathizers of Neo-Nazi mentalities, and the liberal whites exposing more superiority than they realize, I’m tired.

I’m tired of this city, the states of Missouri and Kansas, and this country acting like it’s Groundhog Day, where every day we wake up hearing about racism like it’s our first time hearing about it.

And for those of you sick of the topic of racism because there are so many more important things to concern yourself with — like a chaotic Presidential administration that causes daily whiplash — I get it. I would love for racism to be a side issue that I could refocus on in 2020.

But you see, Charlottesville wasn’t an anomaly to some of us. And seeing and hearing people “explain” it was par for the course, too.

And, in our own hometown, seeing an armed militia of conservative-thinking people coming to a protest rally on the Country Club Plaza wasn’t shocking to some of us either.

Yes, Kansas Citians, this happens around you. And increasingly, I’m seeing far too many people OK with it  – trying to explain, parse, hair-split, deflect, or just plain defend as long as it is not a white person with a white hood carrying a white-hot burning cross.

In that coffee shop this past weekend, there was a moment as the song in my earbuds changed that I heard an older white man at the table next to me refer to “white fabric.” I turned off my music long enough to hear that it was just a book club talking about its latest read.

When I turned back on my music and resumed my knitting, I realized that I had to resume breathing again too. Because in the climate we live in now, it could have been something else they were openly discussing.

— Michelle T. Johnson worked with KCPT as the playwright for StoryWorks KC’s theater production of “Justice in the Embers” and brings nine years of experience as a columnist.