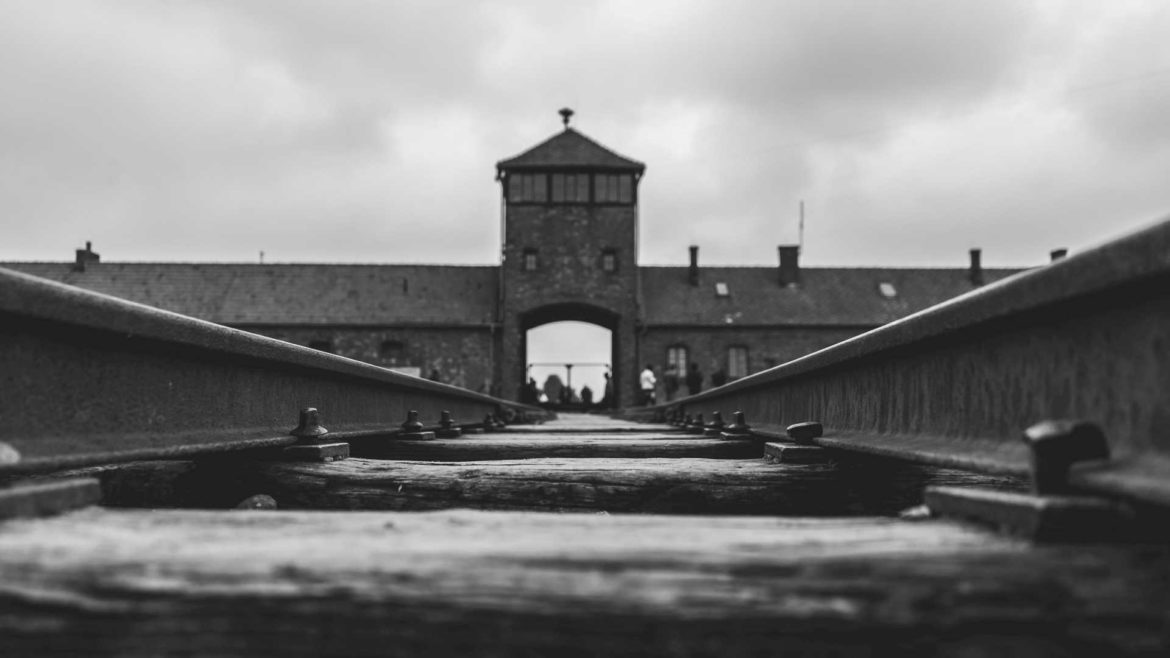 Savannah Lord moved slowly through the dimly lit halls of Union Station’s Auschwitz exhibit, pausing to examine the glasses of an unnamed victim.

The 11-year-old didn’t know what the Holocaust was before entering.

Her brother Jackson, 13, knew bits and pieces about the Holocaust – but not from school. He said that his personal curiosity led him to do research, but the topic hasn’t been broached in any history classes.

Hands in his pockets, Jackson methodically moved from artifact to artifact trying to wrap his mind around the magnitude of the events unfolding before him.

He paused for a while, staring quizzically at the pink triangle used to identify gay men in concentration camps.

‘All These Delicate Sorrows’

“All These Delicate Sorrows,” a new Kansas City PBS documentary that tells the stories of Holocaust survivors who came to Kansas City, will air regularly on KCPBS in coming weeks. The documentary complements the traveling exhibition “Auschwitz. Not long ago. Not far away,” open now through mid-January 2022 at Union Station.

Difficult as they are, these are the types of revelations that the curators of “Auschwitz. Not long ago. Not far away.” were hoping to share.

“Some of these things are really important, especially for kids because they need to see that these seeds of hatred and intolerance over time can really manifest themselves in horrific acts,” said Jerry Baber, Union Station executive vice president and chief operating officer.

The exhibit features more than 700 original artifacts ranging from the desk of Nazi party leader Rudolf Hess to the shoe that a nameless child took off before entering a gas chamber.

For more discussion of the Auschwitz exhibit, watch “Kansas City Week in Review” at 7:30 p.m. Friday and 11 a.m. Sunday on Kansas City PBS. A new documentary focusing on the lives of survivors who settled in Kansas City, “All These Delicate Sorrows,” will be airing on KCPBS regularly in coming weeks. The exhibit will be at Union Station through January 2022.

Holocaust Echoed in the Lives of Children Born to Survivors Who Resettled in Kansas City The Holocaust profoundly affected the lives of survivors’ children, who continue to share the stories of their parents’ determination to build new lives in Kansas City.